So last year, we were taken aback by two major superhero TV shows.  You would have thought the world had Superhero Fatigue, but in all honesty, us superhero content lovers simply are not tired from the movies and many other TV shows there is out there, but we do want something different, something a bit more edgy, something more adult and we got it with Umbrella Academy season 1 and The Boys season 1.
Having looked into my crystal ball or having been told by a future version of myself that had travelled back in time, I knew to take up reviewing TV series and trailers because the year 2020 was going to be a colossal mess.  I only took that up around November of last year so, with that said, this review will be a little longer just to recap the events of season 1 which came months before I started.  I will try not to give away too many spoilers for those who still have not watched. 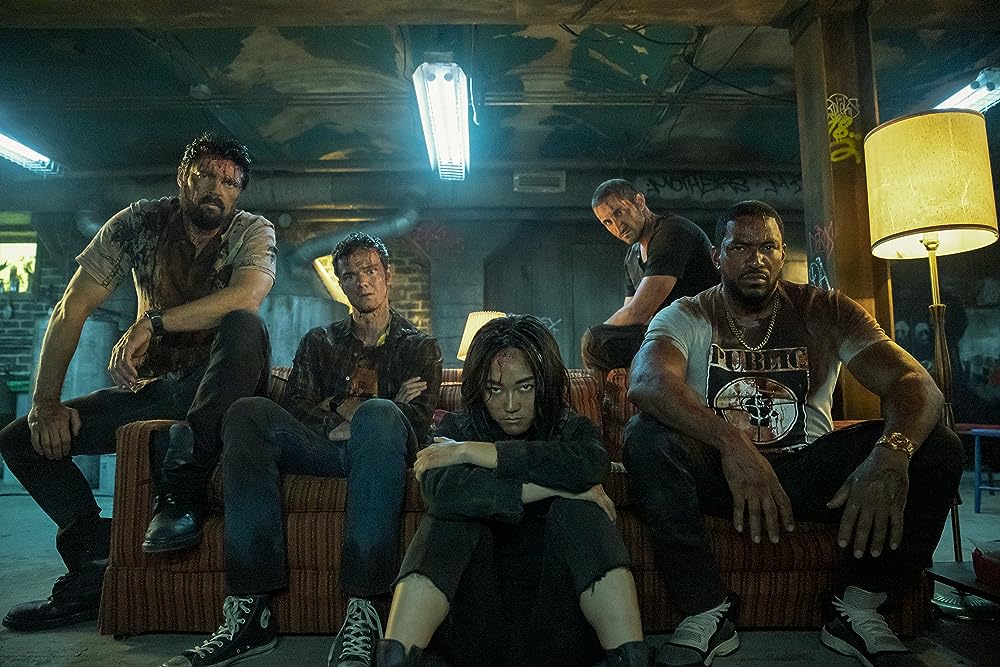 The world of The Boys is set in a world where Superheroes are real.  They are the ultimate crime fighters who do the jobs the police are unable to do or not quick enough to get to.  The main Superheroes, 'The Seven' are corporately run by a company called Vought who govern the Supes and all their actions.  They often tell the supes which crimes to stop and handle all media and media coverage to ensure every superhero is portrayed in a positive light.  Not a bad thing when your PR is handled, but when a supe accidentally runs through a young woman named Robyn, Hughie's girlfriend and tries to cover it up, Hughie is approached by William Butcher who gets Hughie on his side to help him take down the company Vought and all their Superheroes. 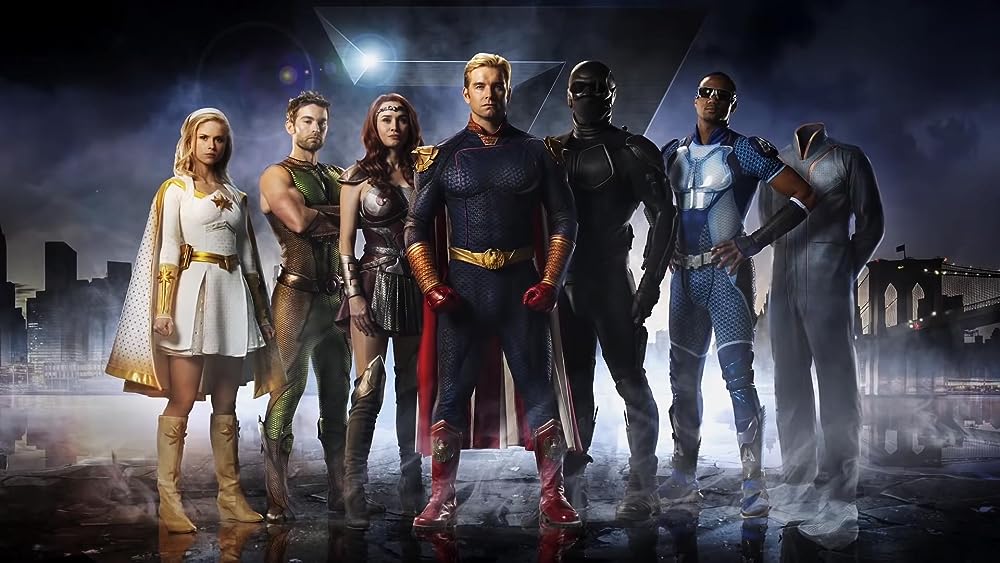 William Butcher has a personal vendetta against Vought and their superheroes, especially the leader of The Seven, The Homelander.  The Boys (the series title name) refers to a group of people led by William (Billy) and consist of Mother's Milk and Frenchie.  As The Boys discover that Vought may be behind some nefarious activities involving a formula called 'Compound V' they find on a supply run carried out by the Supe known as A-Train, The Boys do their best trying to take down Vought and expose their foul play.  Hughie meets a lady named Annie and they begin to form a friendship, but when Hughie kills a Supe and other incidents start to occur with members of The Seven and they begin to come to light, all hell breaks lose and The Seven start to close in on The Boys, including Annie, who is also a Supe. 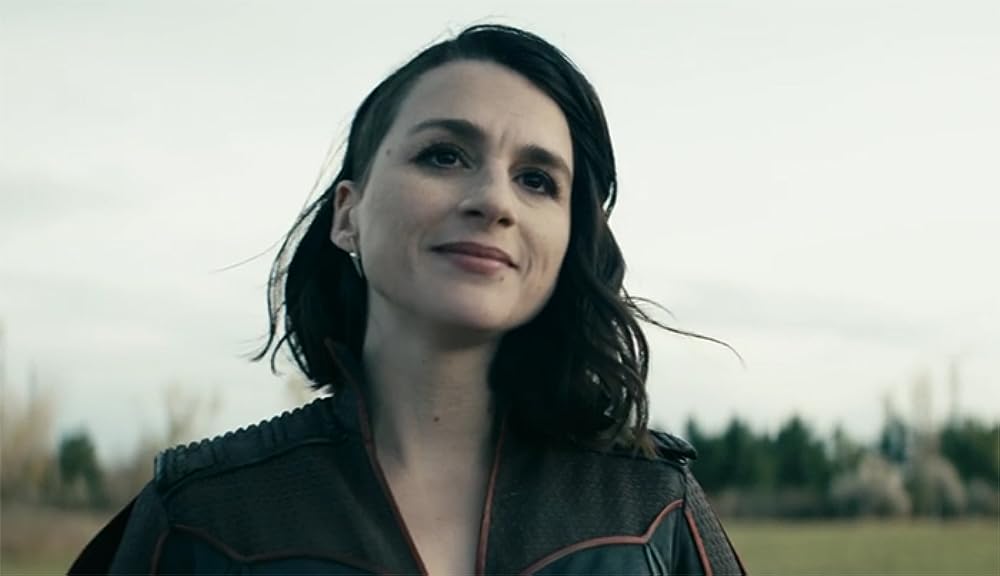 As Billy Butcher gets closer to achieving his now life long mission of taking down The Homelander, Billy gets confronted by a revelation which reinforces his new motivation and pushes him in a new direction whilst still trying to take down Vought.  An organisation called 'The Church of the Collective' poach The Deep by way of Eagle the Archer and they proceed to try and help The Deep with his problems but things become increasingly difficult when a new member of The Seven named Stormfront enters, who is an instant hit with the fans of The Seven pushing The Homelander aside.  Whilst Stormfront has her own past, with help from The Boys, Billy continues to try and expose Vought for their crimes and with the introduction of a newer and younger Supe, heads start to explode as Billy gets closer and closer to the truth which leave The Boys in a head-on confrontation with not only the new and very powerful Stormfront, but also, The Homelander. 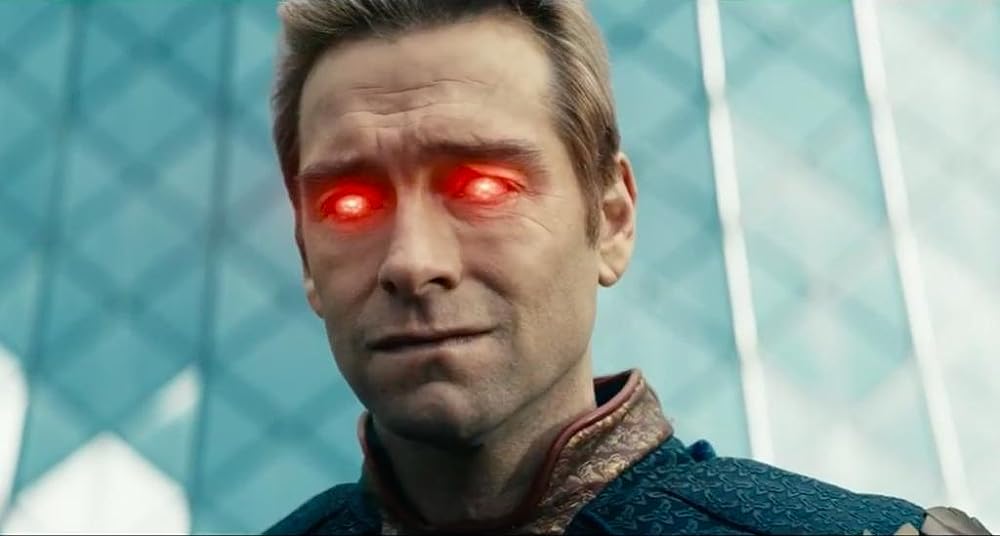 I've tried my upmost to try and keep this review as spoiler-free as possible and with the nature of this show, it is difficult as there is soo much going on at any one time with different story-arcs for characters and the situations presented.  A few flashbacks here and there and whilst you might think one person is the main enemy, another rears it's head, then another, then another.  In some cases you are routing for the bad guy and in other cases, the "good" guys seem just as bad as the bad guys with parallels that mirror specific characters, almost identically like, you are to choose the lesser of two evils.

There is a lot of character development with a lot of the characters as the seasons go on whilst some characters remain a mystery.  Season 2 also introduces a host of new characters with background stories that further the plot and over-arching story arch that pushes The Boys into season 3 and beyond.  The acting is superb by Karl Urban, Jack Quaid and Erin Moriarty, but the prize goes to Antony Starr, hands down, as a very complex character with lots of layers.  Whilst other actors such as Laz Alonso and Chace Crawford is also great supporting cast, the delivery of their characters along with the main cast help push the story along with ushering along the completely absurd scenes and situations in the show making them seem more credible and at times, grounded.  The secrets, the lies, the mystery, it is ALL there, but most of all, this show is NOT for the faint hearted.  The blood, the guys, the profanity, it is all there.  If you want something different and more adult which is up your comic book alley, the The Boys will definitely be for you.