Greg Berlanti is the one guy who I can imagine in the most recent of years to be the living and breathing depiction of Scrooge McDuck jumping off of a diving board into a pool of money.  You see, he is solely responsible (to my knowledge anyway) for every single DC show you are seeing now, hearing of or have seen in recent years.
In 2012, the show Arrow starring Stephen Amell played the DC character Green Arrow.  Fans and critics alike deemed the show to be a Batman "Rip-off", not rip-off per-say but, his enemies were Batman's enemies.  That didn't stop the show as the show was great and improved by each season.  I believe it was season 2 where they introduced Barry Allen whom would later become The Flash, to then have his own series a year later, introducing crossovers from each show and then expanding the now aptly titled 'Arrowverse (Arrow universe) wider to include lot of other heroes and different teams throughout DC history.  Supergirl, Legends of Tomorrow, Black Lightning, Batwoman and the up and coming Superman & Lois, not to mention other DC shows he helps to produce, Titans, Doom Patrol and Stargirl.  Even when you watch the Chillin Adventures of Sabrina, Greg's name is there! But without him and his input and efforts, Stargirl may not have been made and be as good as it is. 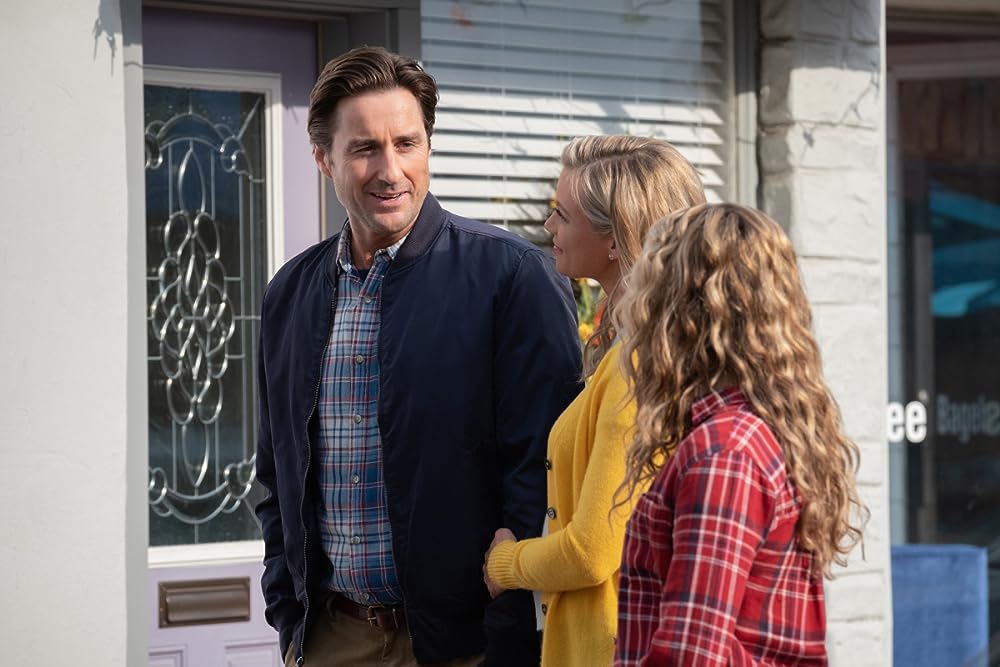 I'm not sure which year Stargirl takes place, whether before the Arrowverse characters as I'm assuming, techinically, it is meant to be as Stargirl is part of the Justice Society of America which comes before the Justice League of America, but the JSA have been wiped out by the villains.  The villains win and the sole survivor, Stripesy meets and marrys a lady named Barbara, Courtney's mother and they move to a town called Blue Valley and he leaves his past behind him.  Unfortunately, Courtney stumbles across the Cosmic Staff, previously held by Starman and would ONLY work for Starman, Courtney, now Stargirl wants to pick up where Starman left off and try to uncover a plot of villainy.

This show is decent and well worth the watch.  Having watched ALL of The Arrow episodes season after season, fairly caught up with The Flash, up-to-date with Supergirl, Black Lightning and Titans (although Titans is a separate thing, kinda), I'd like to say that Stargirl has the tone of the Arrowverse, especially shows like Supergirl and The Flash as it is fairly lighthearted, but it does have some slightly darker elements, not enough to be Arrow dark or Black Lightning dark in some cases, but we are talking about a bunch of teens taking on supervillians and these supervillains are no joke. 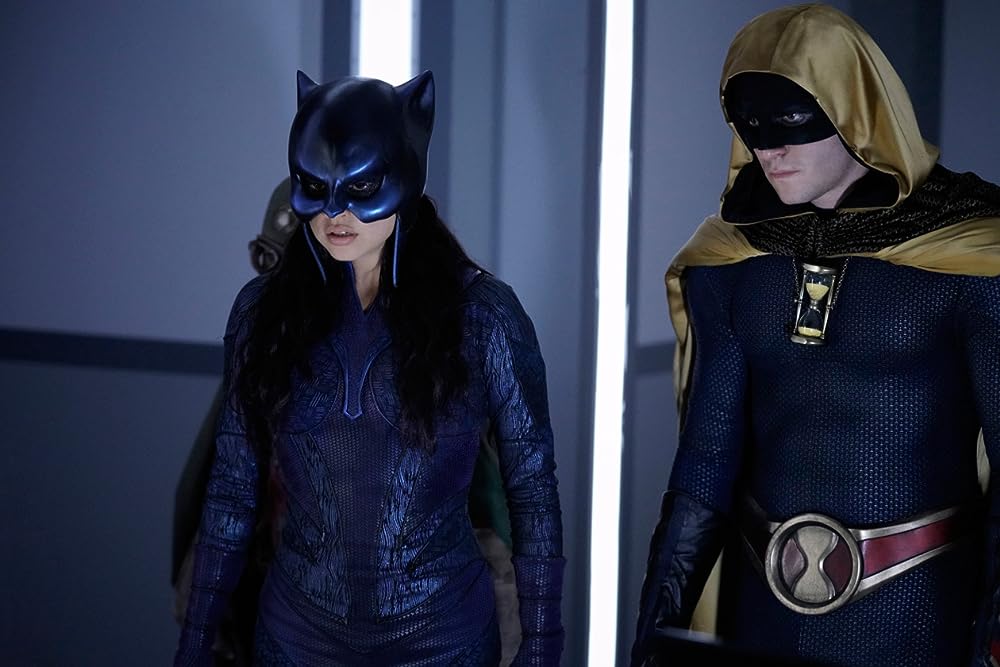 With that said, the choreography, like all the aforementioned shows have been amazing.  This show, blatantly wirework, but the use of movement with these characters are excellent.  As stiffly fluid as they possibly can as most of if not all of the fight scenes are practical.  There are some fights that are blatantly special effects but most of the special effects are for other elements of the show, so i found that the fighting scenes were very entertaining.  Yes you can tell it is wirework, but the fights are just great.  These teens get slapped up soo much, it made me laugh out loud on numerous occasions.  They do give as hard as they get in some cases and the work with the cosmic staff is excellent. 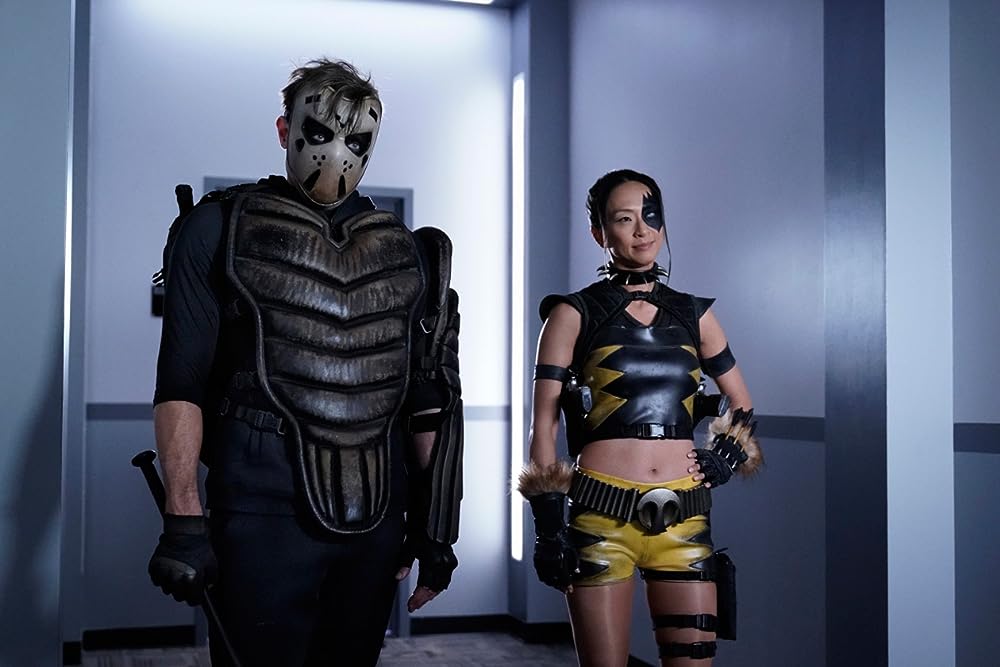 The cosmic staff is essentially its own character.  If you are into Marvel movies and know about Thor's trusty hammer, the cosmic staff is similar to that in the sense that only the user can use it, but the staff is sentient.  The staff moves by itself, helps the user to fly, flashes a bright light and can be used as a formidable weapon in combat.  The way the staff moves with and around Stargirl helping her whilst she is wielding the staff is nothing like i've ever seen before.  The staff does however come across as very convenient to plot and story though.  When they want to have the staff work for the story or move/act in a particular way, it would. If they don't want it to work in a particular way and they want to show Courtney get hurt or whatever, then it won't.  There were times I felt like the Staff could have assisted Courtney in moments and it did nothing. 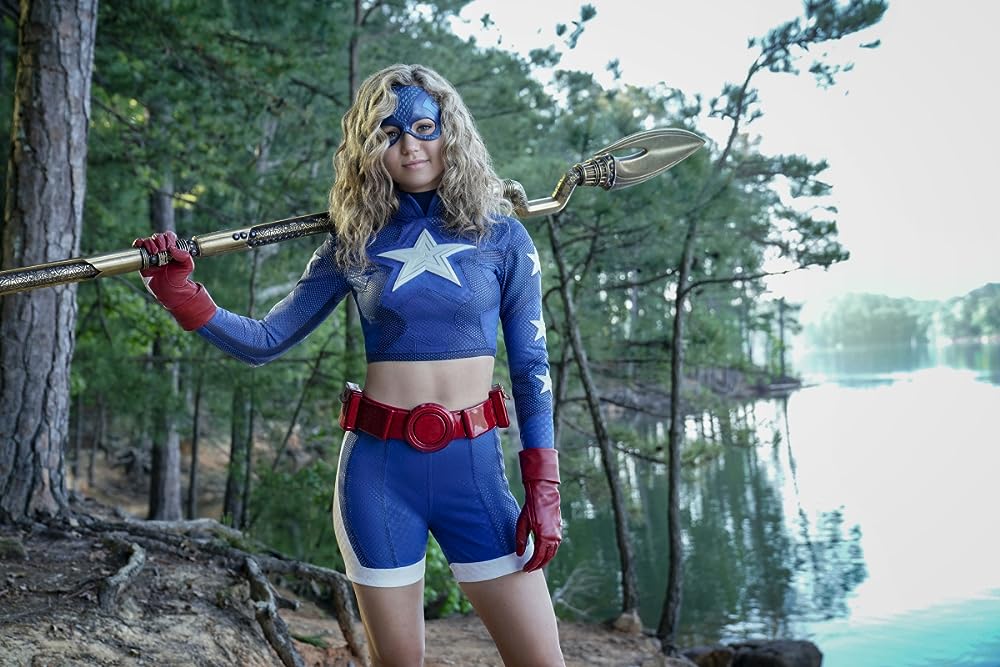 Onto doing nothing, some of these villains were just in the show for the numbers.  Some were pointless and others didn't really show face until the end and still didn't do anything.  I liked that some of the villains were selfish, had their own goals and ideas which caused conflict between some of them, that was good, but for the most part, you only had possibly 3-4 villains which were great and entertaining.  The music was decent and just overall, the story was intriguing enough to have you engaged.  A little fluffy and bubblegum in places but I liked how they managed to balance teenage angst and heroism.  If you can watch the show. It would be interesting how a second season would go especially how it ended.