Where the hell do I start?

First of all, I tried to start this show 4-5 years ago and I failed.  I tried again numerous times and kept failing.  Distractions. Falling asleep. Other shows. I need to get back to 'The Walking Dead' AND 'The Blacklist' but because I keep hearing of Better Call Saul and how good it is getting AND the fact that Breaking Bad had me clapping at the end in it's final season finale, I've forced myself to watch all 5 seasons of Better Call Saul.  It meant that a lot of the time I rewatched episodes due to falling asleep and losing my position in the narrative, but I've got to say, Better Call Saul is such an experience, you have to push yourself through it to understand how great it is.

You see, with Breaking Bad, you are given a school teacher who is getting basic pay, but isn't enough to support his wife and family.  He gets into making drugs to turn a profit and then becomes a Drug Kingpin over time.  James McGill aka Slipping Jimmy (Bob Odenkirk) is the younger brother or Charles McGill (Michael McKean), a successful lawyer for a big law firm.  James is a con man turned Lawyer in order to clean his life up and do whatecer it takes for his clients.  James idolises his brother Chuck and inspires to be like him, but James aka Jimmy struggles with a lot of things in life due to the choices he makes.


We get a more in-depth look at Jimmy's personal life and his relationship with his older brother who has a condition leaving Jimmy to look after him and care over him.  What's funny though, I believe it was THIS relationship and the things which were said by Jimmy's friend, Kim (in which I'll get onto next) regarding his relationship with his brother is what caught me offguard and had me fully invested at this point.


Kim Wexler (Rhea Seehorn) was a strange one for me.  She is Jimmy's friend and they really get on.  It's like an on-again off-again situationship where her character eventually grew on me, especially after what she had said in relation to Chuck and Jimmy's relationship.  It was at that point, I saw her differently because she saw Jimmy differently and that really mattered to me.  I didn't like how she would sometimes treat Jimmy, when he would have given her the world, but at the same time, Jimmy's influence is what makes Kim ultimately the tragedy of this story. 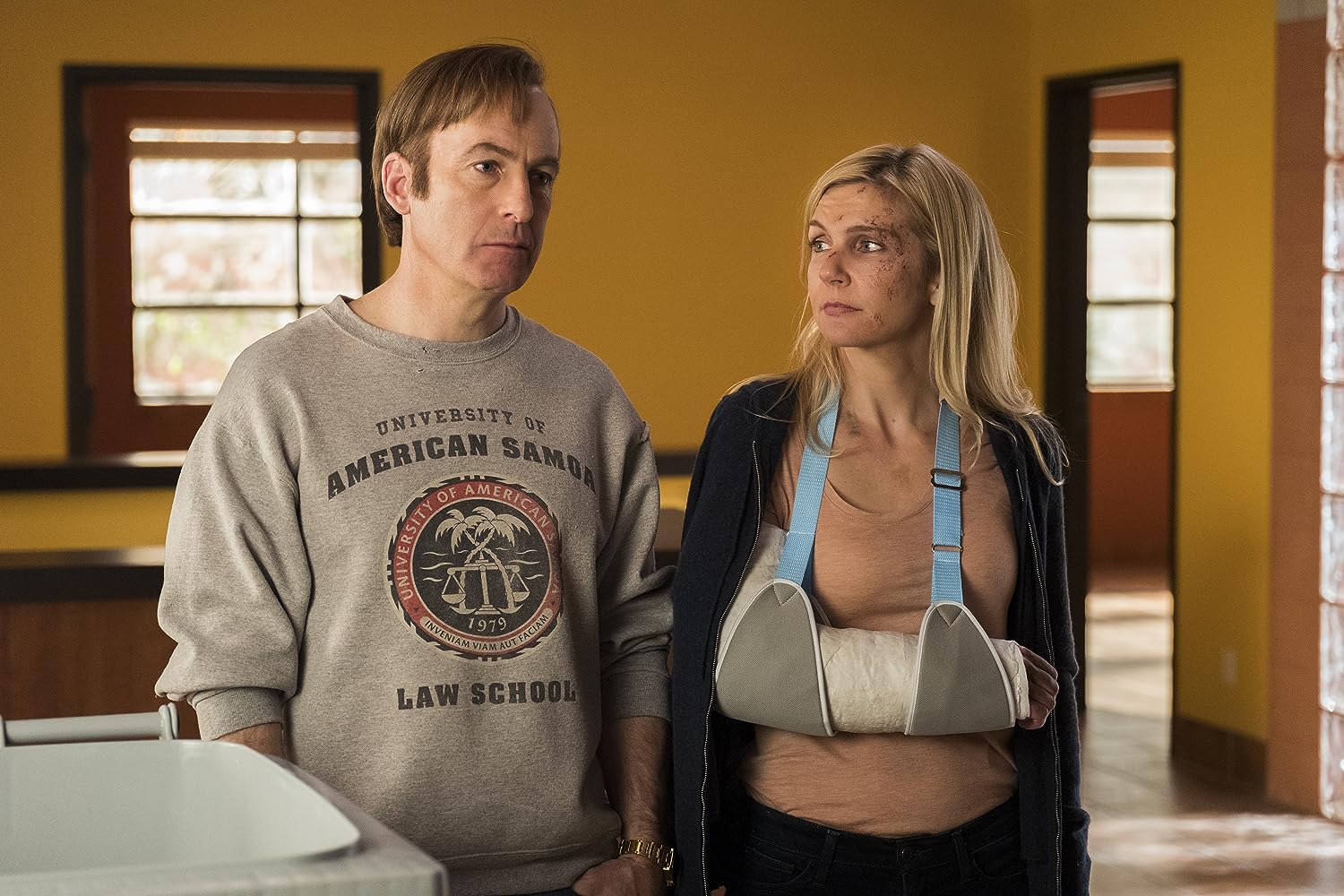 The earlier seasons focus more or Jimmy, Mike, Chuck and Kim but as their stories expand, the more the world opens up and more characters get introduced as well as story points, ie Gus Fring, a drug lord from Breaking Bad and his beef with the people he is in business with, the Salamancas or at least, their rivalry.


Needless to say, Better Call Saul is about the characters and the writers do an absolute amazing job in giving every single character some depth with scenes these actors can chew on.  Bob is amazing and I loved his voice acting work in The Incredibles 2, but where he takes his character and what he does with him are excellent.  Imagine I disliked Kim near the start, but she grew on me and Rhea does a real good job especially when she has those moments to shine.  I didn't really care for the relationship between Jimmy and Chuck, but then I started to dislike Chuck and felt sorry for Jimmy.  I mean, two brothers who are brothers but don't really see eye-to-eye, but one would do anything to help the other whilst the other just wouldn't.


Everything about this show is great and at times, moved me emotionally.  The way they build these storylines and the tension is nothing short of great.  If you have seen Breaking Bad, you'd be familiar with the odd usage of camera angles and extreme close-ups of ants on an ice-cream cone or a bird's eye view shot with a character doing multiples things in different locations within the scene over time, but it all adds to what Better Call Saul is.  The flashbacks and Flash Forwards can be confusing at times, but with the different levels these guys are playing on in telling us James' story, you will get there in the end and you will appreciate how they get you locked in. 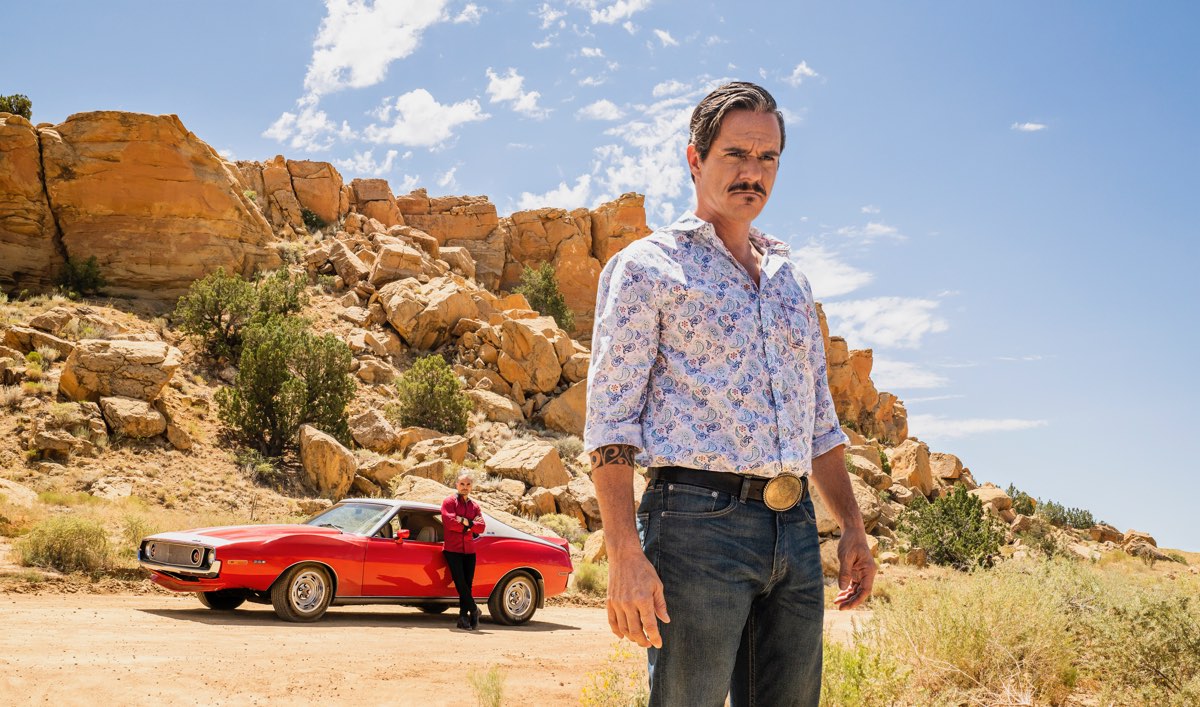 Try not to compare or think too deeply about Breaking Bad though, as this show is just a prequel to it, but stands on its own two, neatly.  I believe what Vince Gilligan and Peter Gould do more than anything, is make you sympathise with specific characters and if anything, I could really relate to Jimmy.  Sometimes, things can be all messed up and nothing works, but you still put on that brave face and face the world.


When it's all said and done, I'd like to see the future of this character, if there is one, because the black and white Cinnabon moments must be after Breaking Bad and if you have seen that, you know what happens to Jimmy.