We now live in a world where binging is a past time we indulge in shows that we love and we tend to consume it within just a few days.  I say "we now live in a world" but if I'm honest, we have been here a while now and binging is becoming the norm, especially during this Pandemic and for the most part, information is everywhere and nobody really want to have shows they are interested, spoiled for them.

What I will say though, although binging will take hours from you instantly, it does help you to catch up on shows you've never seen before or for a nice little recap.  I gave myself a recap on this show for the first season as I couldn't remember all the details and wanted to be ready for season 2.  I will go into season 1 ever so briefly, with mild spoilers before I go into my non-spoiler review. for season 2.

So, if you haven't seen the first season of Umbrella Academy, prepared to be spoiled just a little.

Imagine X-Men, a school for gifted children to hone their powers and do good in the world with said powers, The Umbrella Academy is a little like that.  Sir Reginald Hargreeves The Monocle, an extremely cold-hearted eccentric billionaire industrialist and world-renowned scientist adopted 7 children out of 43, who were all born on the same day at the same time across the world.  These 7 children were to have special abilities and he named them 1 through 7.  Number 1 The Spaceboy aka Luther (Tom Hopper) is the leader of the bunch and is super strong.  Number 2 The Kraken aka Diego (David Castañeda) can throw objects, usually knives with proficiency (somewhat bending their direction mid-air).  Number 3 The Rumour aka Allison (Emmy Raver-Lampman) can control minds once she utters the words "I heard a rumour...".  Number 4 The Seance aka Klaus (Robert Sheehan) can communicate with the dead.  Number 5 The Boy aka Five (Aidan Gallagher) can travel through space and time.  Number 6 The Horror aka Ben (Justin H. Min) can summon tentacle horrors from his body and Number 7 The White Violin aka Vanya (Ellen Page) has no powers.

Sir Hargreeves trained the children vigorously whilst also scolding, berating and subjecting them to experiments.  He called the team 'The Umbrella Academy' and would send them out into the field to stop crime.  When arguing with Sir Hargreeves about the possibility of time travel, Five disobeys Sir Hargreeves and does it anyway finding himself stuck in a Post-Apocalyptic world where he lived for several decades.  On a mission, Ben dies and shortly after his death, the team disbands leaving Luther as the only person who stayed carrying out missions for Sir Hargreeves.  One day Luther is injured on a mission and after experimenting on him, Sir Hargreeves sends him on an important mission to the moon where he lives for 4 years.  Sir Hargreeves dies and having known about the end of the world, Five finds his way back to the past several days before the apocalypse and tries to band the team back together to stop the end of the world.

Having recently watched the first season, I instantly remembered why I found the show brilliant.  Not only did it have a comic book essence to it visually, some of the characters had layers but it was more of the family dynamics which captured me.  A dysfunctional family trying to band together, putting aside their grievances with one another, trying to solve the mystery of who it is who will cause the end of the world.  Although done on a non-movie budget, the special effects were quite top-notch for a Netflix show and the music was also very good.  The action and choreography was great and Umbrella Academy travels at a medium to slow pace that gradually brings you closer and closer to the mystery with a few twists.  On my second watch I found David Castañeda's character of Diego to be of a tragic story when on my first watch it was more Vanya.  Aiden Gallagher's Five as well as Robert Sheehan's Klaus are the screen stealers.  Another interesting element to the show is the Commission's two operatives, Hazel (Cameron Britton) and Cha-Cha (Mary J. Blige) who are a disruptive force running through the series as they both are on a mission sent by The Commission.

By the end of the show, in trying to stop the Apocalypse, the group find themselves travelling with Five through time, but we don't know where.
Highlights from This season is when the family is dancing in different locations of the mansion which I found fun and cool.  Another crazy scene was Luther dancing in the club.  The funniest moment for me was, when Hazel and Cha-Cha go to the lab. Comedy Gold.

The second season picks up immediately after the events of the first season and Five's time travel goes awry taking them back to the 60's.  When Five arrives, he finds his family fighting against the soviets in World War 3 moments before the planet is nuked.  Hazel arrives with just enough time to advise Five that he will need to get the family together as him and his family are the only ones who can stop the end of the world and another Apocalypse.


One again, the people behind The Umbrella Academy have not only done a great job the second time around, they have managed to get the audience to empathise and care for pretty much every single character in the show to some degree.  Some characters get a bit more to do than others and Klaus and Five are still the standouts, but they give Diego and Allison a bit more meat.  Both characters end up having love/relationship angles to the story that do not feel forced.  No scenes felt wasted as every scene led to something whether you saw it play out shortly afterwards or will have a role to play in the future.  A highlight for me was a scene involving 5 and the board members.  It felt like a scene from a movie I cannot say as it would give away the movie and what potentially happens in the show.  With that said, a Season 3 is very welcomed and I actually hope they are quarantining now in order to make this happen so they can start shooting in a few weeks from now...WE NEED SEASON 3.
They also gave Ben's character a bit more to do and it was great seeing more of him other than just seeing him to the side like a 3rd wheel to Klaus.  Ben had his moments and I loved them.  There were many great quotes and one-liners in this season, obviously by the two characters that stand out, Five and Klaus and the cinematography, especially the beginning/intro was straight out of a X-Men movie.  The music is on point and there really isn't anything wrong with this season at all.  There were some real laugh out loud moments and one that particularly stood out for me was with Luther in the Alleyway shouting out for Allison.  I couldn't stop laughing.  I feel the intro give you insight to what you will be getting through the 10 episodes. 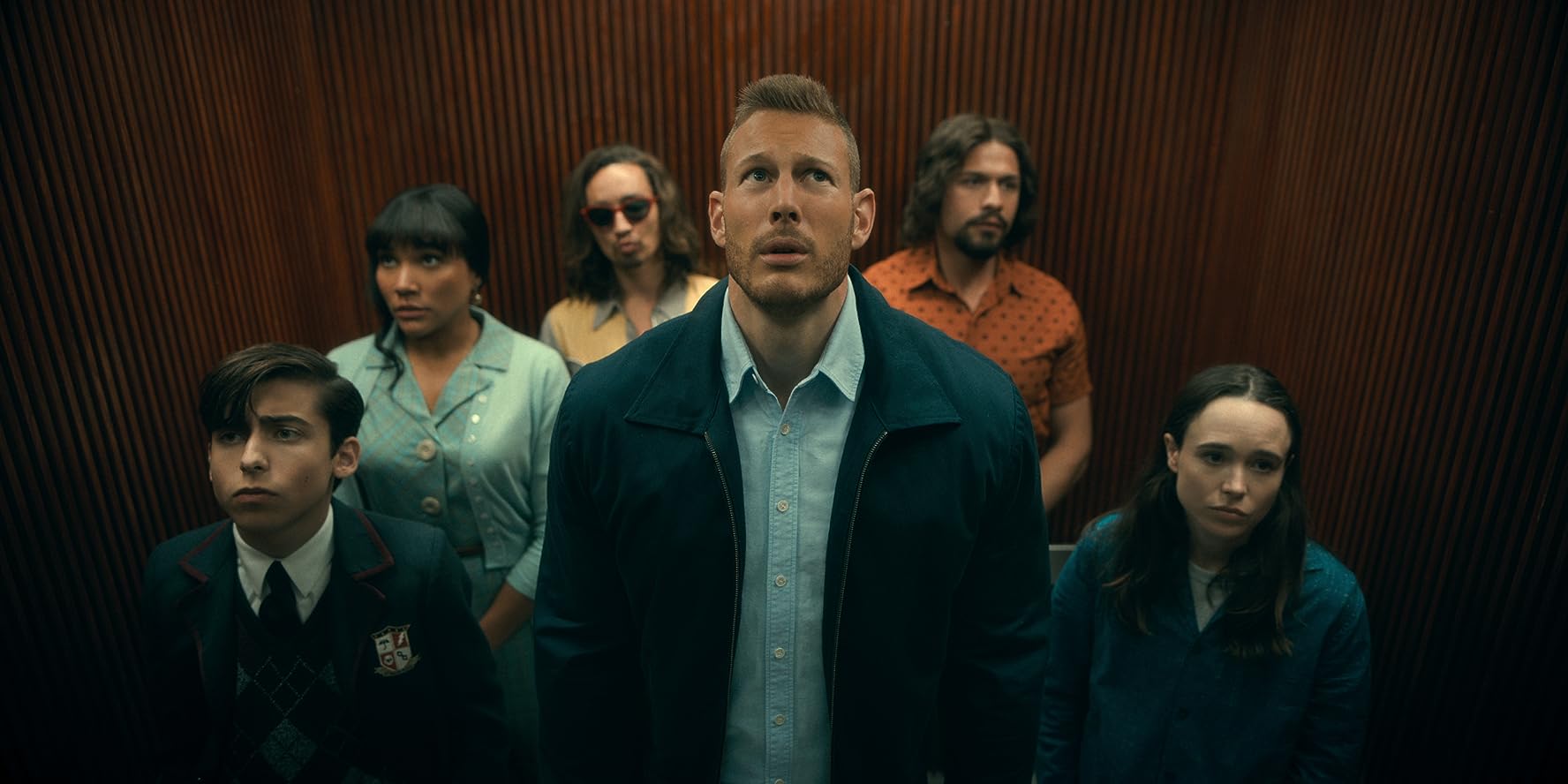 But this season isn't all fun and jokes as it does touch on some serious topics with Vanya, Klaus and moments with Allison's character and her storyline.  I won't lie, but a scene brought tears to my eyes and I even tweeted about it, with Allison's story.  It was masterfully handled and it was not great to see, but great to see in a show like this, enabling people all over the world who will watch the show to see these scenes and have an understanding of History as a lot of history was cleverly woven into the story.  I won't go into much to avoid spoilers, but the moment couldn't be more pertinent.  With that said, the new characters were excellent, Raymond Chestnut (Yusuf Gatewood) and Lila (Ritu Arya) and the main villain, in which I will no go into due to spoilers, was also great and loved every moment they were on screen chewing up the scenery. 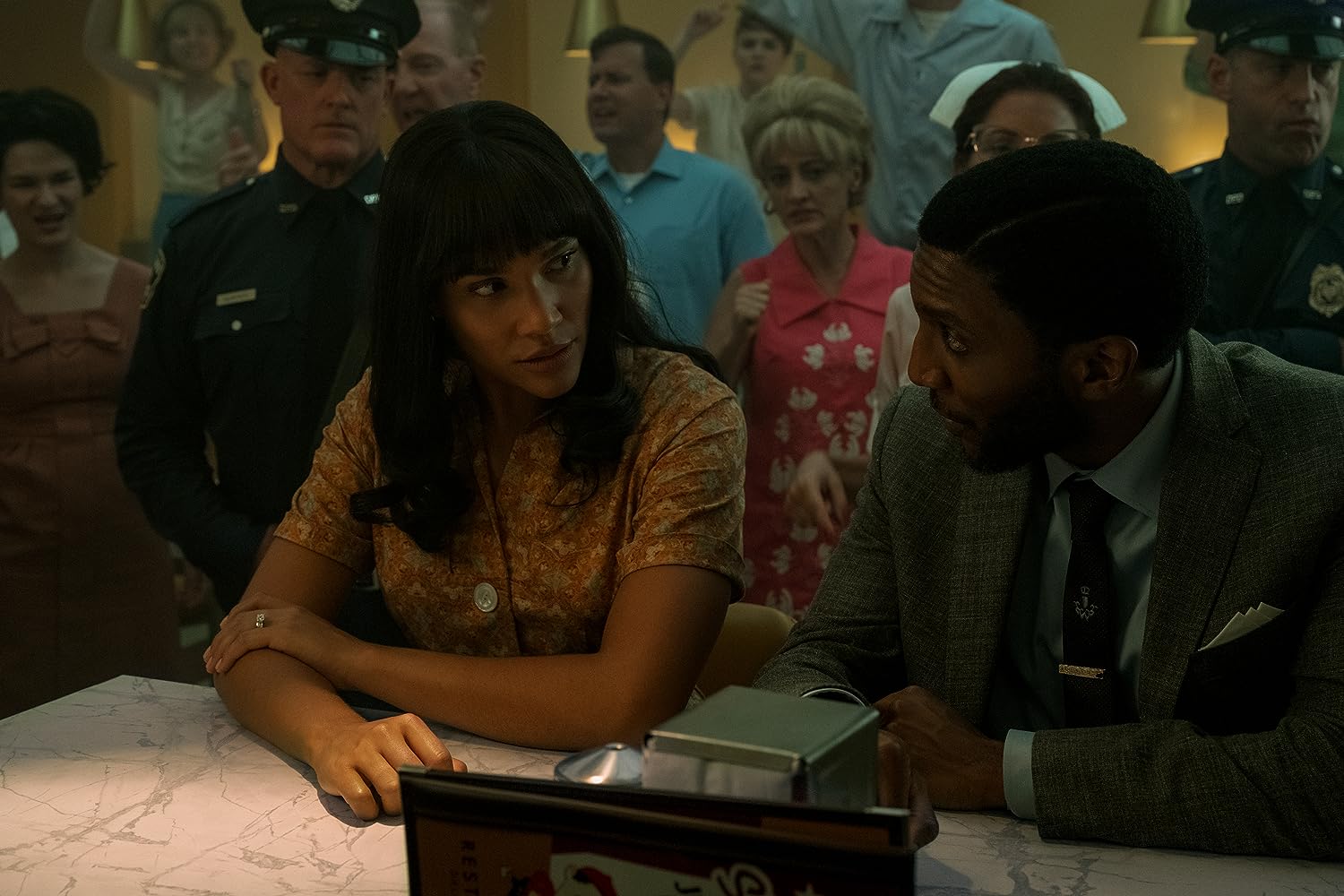 While the show continues to have secrets and twists throughout, it is fun to discover them as they came at you as you get soo engrossed with these characters to the point, near the end of the show, I was wondering which of the new characters will be brought forward.  The final fight could have been a touch better, but I didn't mind how that wrapped up, but the final scene was great and will be intriguing from a story standpoint going forward.

If you liked the first season, I don't see how you wouldn't like this season as they do expand on what came before, in more better ways than one.