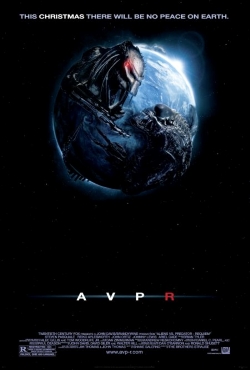 Who remembers Predator? Good, alie? Do you also remember Predator 2? Weren't that bad was it? And all the Alien films? Good as well, weren't they? (I actually haven't seen Alien Resurrection properly, so i can't really comment on that). Alien Vs Predator, well...was it good? Do you remember it? Have you even seen it? I have and unfortunately, I have erased it from memory. For those who have seen it will possibly remember the pure, unadulterated cheddar cheese ending as the building or whatever was exploding and the female and the predator was running away in slow motion like a scene from Baywatch.

NO!!!! Predator or Alien for that matter is not cheesy. What were they thinking of?

The sequel on the other hand is good. The Trailer doesn't show too much of the action, so you can actually watch the film and not feel disappointed.

This film, if you didn't know is the Sequel to Predator 1, 2 and Alien Vs Predator and the Prequel to all the Alien films. The film starts days after the ending of Alien Vs Predator where a Predator is giving birth to an Alien (Predalien). This ultimately gives this new Alien a Unique look. Buckhead and Dreads in tow. After the birth of the Alien, the ship in which a few Predators are on board, crash lands on Earth and then this is when all hell breaks loose.

Without spoiling the film too much, there isn't a lot of people you meet that actually survives, as everyone and everything in this film meets it's untimely demise once the predator ship crash lands.
The film has some bad acting and a few corny lines, but is a very good watch. The storyline isn't anything. This film does not need a storyline as Predators hunt Aliens and judging by the first AVP, this is a continuation. This film is about survival from two separate species that are fighting each other. Also, this is not for the squirmish as there were a few disturbing scenes in which some if not all women expecting will not enjoy.