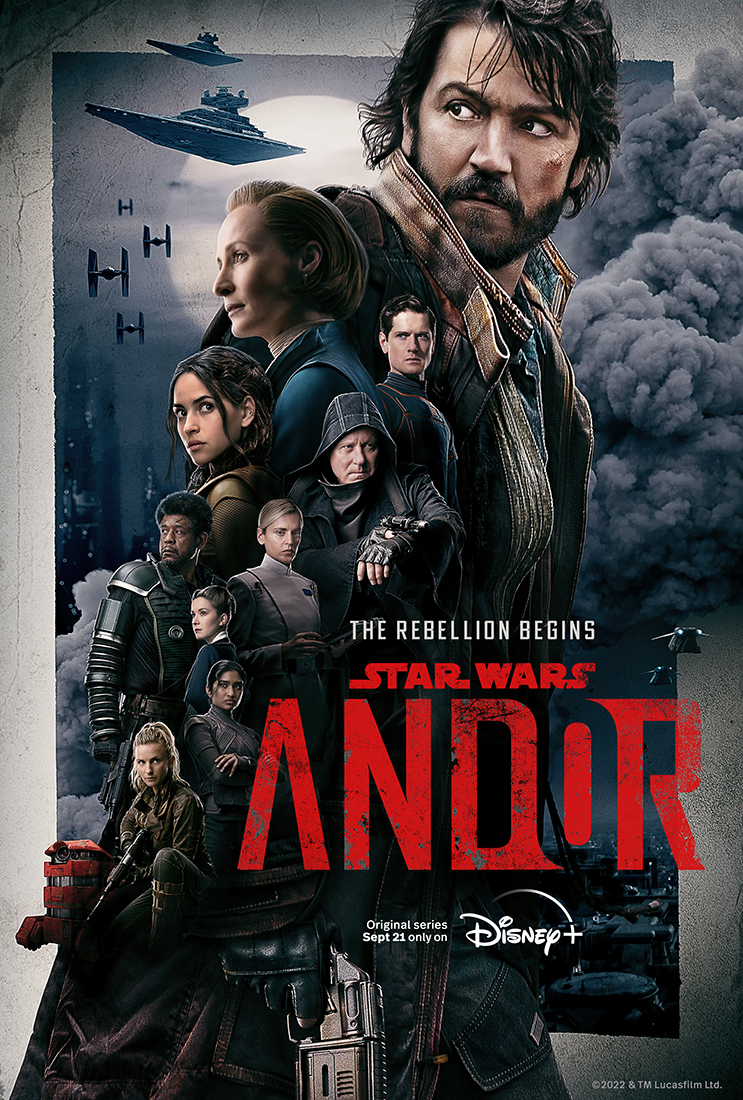 Would you believe that there is a producer in Hollywood who has made billion on billions through a single franchise and could quite possibly be the only producer in history to do so? While that could be a reach on my part, his name is Kevin Feige and he is the man behind the Marvel Cinematic Universe. I mention Kevin because he has put himself forward and into the position to take an entire franchise on his back, make a plan, pivot where necessary, but execute. The franchise that is Star Wars, does not have that person and over the past 10 years, it has been showing.

Whilst there has been some great and not so great shows within the franchise of Star Wars, I do feel the people behind this believe too much of their own source but are not brave enough to try something different. That is what Rian Johnson did. And whether you like his take or not, he was willing to push the boundaries and scope. With that said though, if you have not been watching Andor, you are definitely missing out. Andor is where the franchise needs to venture more into.

So far, this show has delivered. A spy thriller show with politics. Great scenarios built with tension throughout. Expanding the universe with more characters, locations, vehicles and so far, not a mention of the word Jedi or a flicker of a lightsabre. You see Star Wars is more than spaceships flying around in dog-fights, laser-fire and lightsabres. Sure, these things are cool, but Star Wars does it not make. The prequels tried to show us that, but the execution was not the best. The sequel trilogy did not touch much on the politics as much, but Star Wars is more than just good vs evil. Star Wars is about politics, governments and empires ruling with an iron fist, oppression and yes, lightsabres. Think of the “WAR” part in the name. Is not all wart about politics? Whether it is in the stars or on the ground? This show is one of a few that is making a difference to the universe that is star wars and this episode (as well as the story so far) has displayed how different this franchise can be and it is excellent.

Such a great episode with Andor trying to get Kino on his side for a prison break. The dialogue. The acting. The music. Everything about this show screams great storytelling leading to where we know it will end up in Rogue One. It will be very interesting to see if there will be any more other characters that we will see later on in the timeline other than the ones we have thus far. I realise this show may not be for everyone and that is fine. Not everyone understands or has the patience for the slow build, the character development, the lack of dog-fights (so far) and lightsabres and that is fine. But this show is far from rubbish, because when you really think about it, you need to think of a ‘Game of Thrones’, ‘House of the Dragon’, or’ Breaking Bad’, ‘Better Call Saul’. These shows for example, were more than just dragons, incest, drug dealing and the big con. These shows were about the characters first and foremost, who they were influenced by (the people around them or their situation), what they had to do to survive and or achieve an end goal, no matter how dirty they got to do so. Maybe this will be better as a binge watch…but that tension!