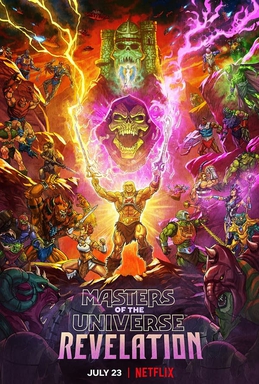 I'll start off by saying, He-Man was 'that guy' when I was growing up.  I remember some of the characters as I had the toys.  He-Man was the toy before the toys for me.  Some guy who turns into this barbarian type guy with a sword who rides a panther of some sort called Battlecat.  Big sword, muscled, defeating evil, yeah buddy!  Masters of the Universe: Revelation was described to be a continuation from this show of the 80's, pick up where that show left off and going forward.  Kevin Smith, a director, stand-up comedian, writer among many other talents, is the showrunner, writer and executive producer. 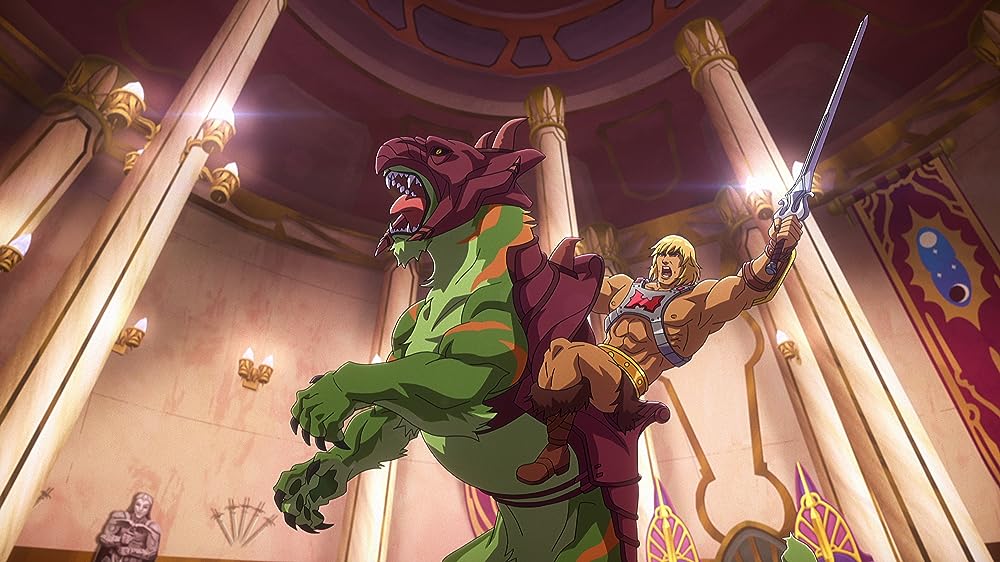 He-Man is about a man named Adam who uses a magical sword that turns him into a powerful god-like warrior after he utters the words "By the power of Grayskull, I have the power".  He uses this power to thwart the evil demon named Skeletor who seeks the power of Grayskull and the Power Sword.  Skeletor often joins forces with a witch named Evil-Lyn and there are other characters such as Beast Man, Tri-Klops, Merman and Trapjaw just to name a few, in which He-Man must also battle with his friends Teela, Man-At-Arms, Orko, Moss Man, Cringer and others. 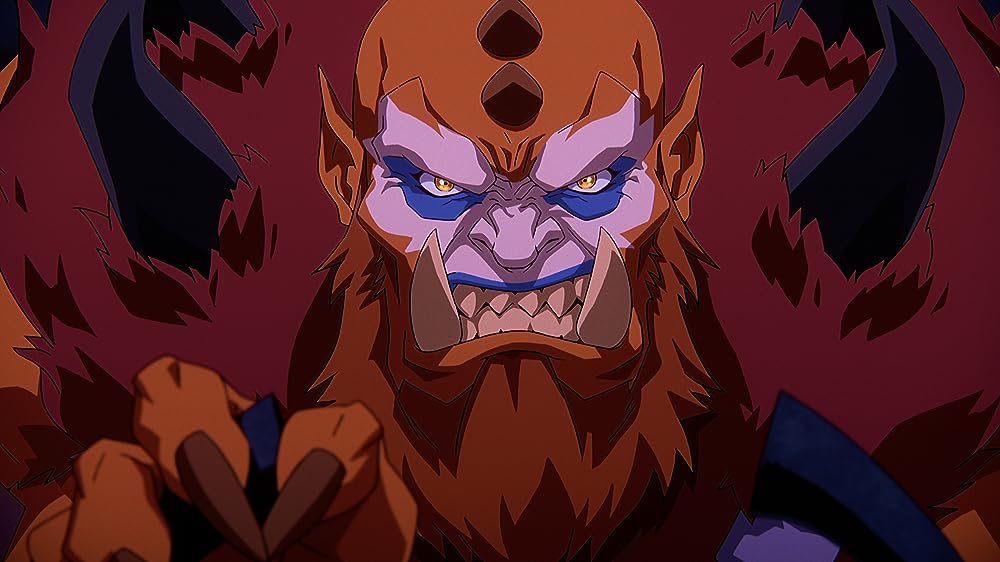 The show picks up at the events of a celebration for Teela and her new mantle but is called into action with her friend He-Man as Skeletor is attacking Castle Grayskull.  Along with Man-At-Arms, Cringer and an army, He-Man rushes in to stop Skeletor, but during the fight, things take an unfortunate turn when a mystical orb is broken and all of Eternia and it's magic starts to fade away.  With both He-Man and Skeletor gone, Teela must solve the mystery of the power sword and help to save the universe. 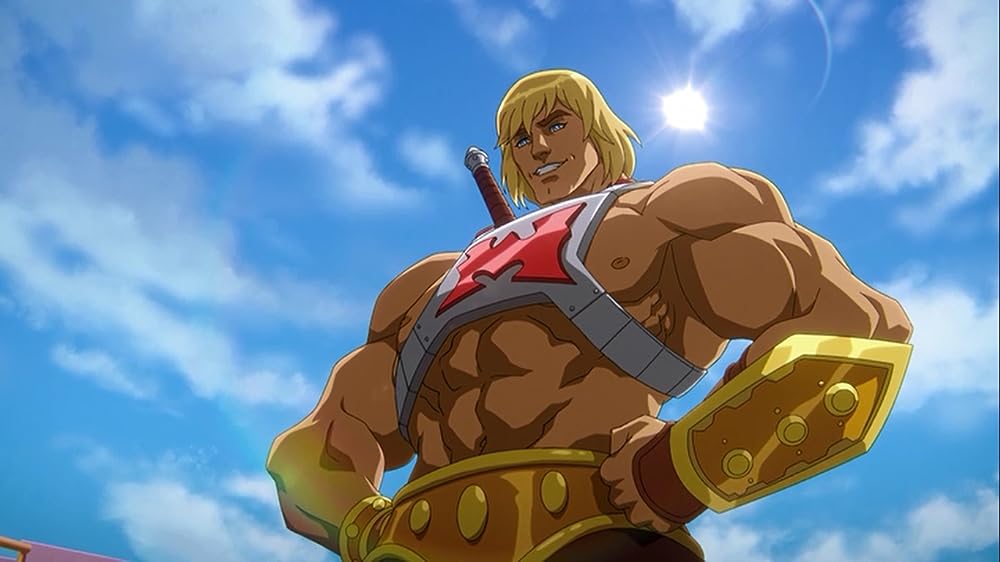 For what it was, I really enjoyed the show.  I had a few gripes but if I'm going to be honest, seeing a modern take of this show, something from my childhood, was enough to have me smiling and enjoying.  Whilst there might be some discrepancies with the amount of screen time certain characters receive on the show and the apparent death of others, I felt the show handed the storytelling well.  I will add, as a major discrepancy, the amount of episodes, five, was simply too short.  Also Lena Headey's voice acting felt unmatched with the character design and it often felt like she was simply reading a script, unlike other voice actors. 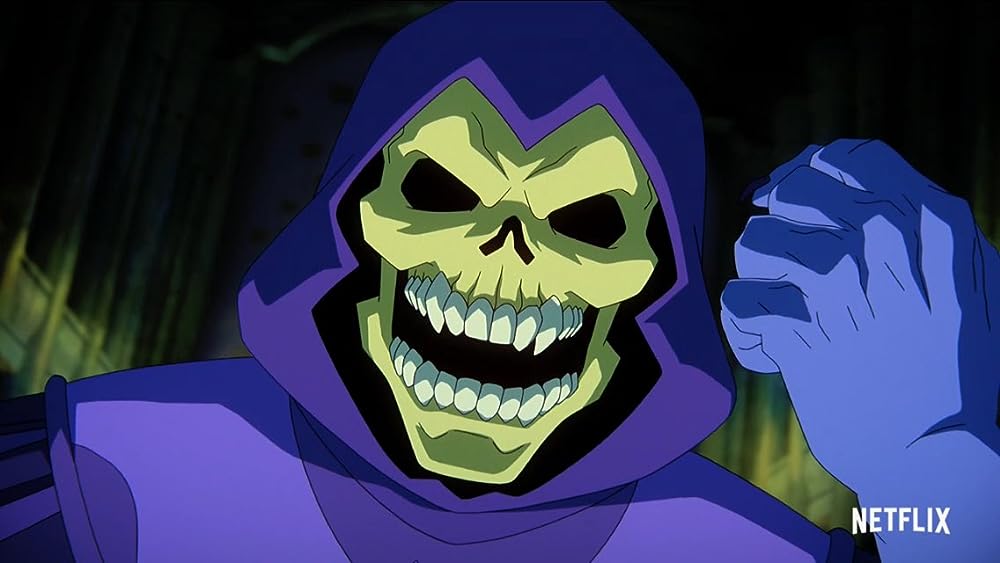 Following Teela on her journey to find the Power Sword was different and it felt a little bit like a story of forgive and forget.  I didn't care for any of the directions her character may or may not have been going, as long as it served the story, in which it did.  Without getting into too much spoilers, one of the characters I always liked as a child was side-lined and I believe I would have preferred if they were front and centre considering the gravity of the situation.  Seeing all the villains from back in the day and the fighting filled me with joy, but I felt the show should have been 10 episodes and whilst it ended abruptly, maybe the 5 episodes should have been stretched out into 10 episodes with that cliffhanger at the end.  I feel if we had more of particular characters at the beginning of the show until maybe mid-way through, the show, maybe some backstory and time to love the characters a bit more, other than simply from nostalgia, it would have gripped me a bit more as I felt like a lot of the characters were not fleshed out as much as they could have been, especially for new viewers. 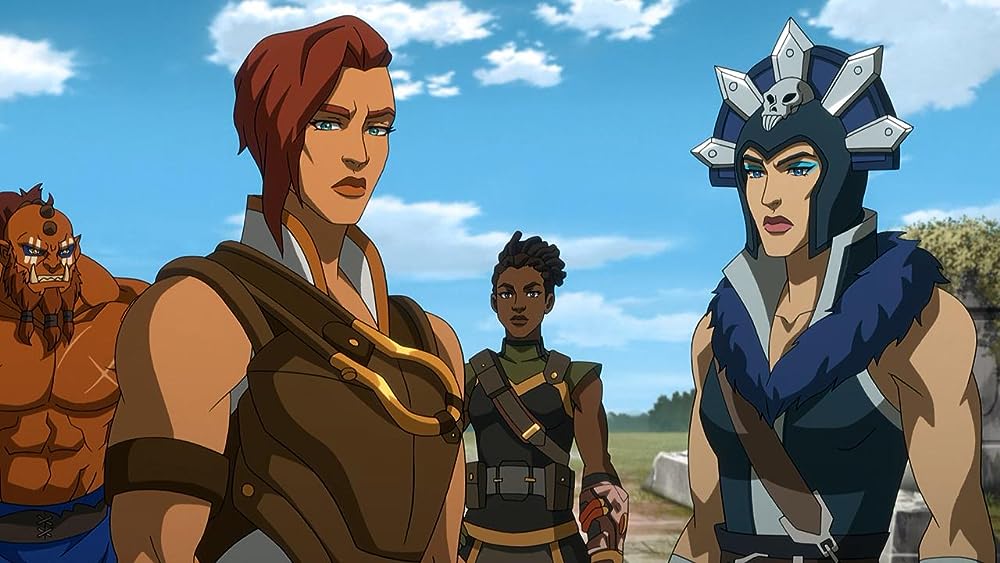 For those who enjoyed it, the cliffhanger will definitely have you coming back for more because we are now chartering into unknown territory, but it will be extremely interesting what will happen next.  I would like to see more of our favourite characters and spend more time with them.  I haven't seen an old school He-Man cartoon show since, well, I was a child.  I may not have even completed the entire run, but for new viewers, we need more time with some of these characters, with the lore, with the world that is He-Man and/or Eternia.  Season two needs to be stronger, but a decent season one, in my eyes, light work.