I would just like to start off by saying, I was never going to watch this show because I knew nothing about it.  I cannot watch what I am unaware of.  Secondly, once made aware of, I still was not going to watch this show because at first glance, it didn't really capture my attention.  However, was I soo wrong about this and couldn't be more wrong with any thoughts I had about this show.  Although the cartoon style is a little semi-realistic but as the same time, very basic, it did bother me a little BUT this show is incredible, absolutely incredible.

Mark is a Teenager attending high school who lives with both parents Deborah, a real estate agent and Nolan, a book author.  Debbie is human and Nolan is an alien from a distant planet called Viltrum.  Nolan has super abilities which include Superhuman Strength, Superhuman Speed, Superhuman Stamina, Superhuman Endurance, Flight, Interstellar Travel, Enhanced Lung Capacity, Invulnerability, Enhanced Healing Factor, Decelerated Aging and Dominant Genes and once Mark becomes of age, these are all the abilities which are to be passed on genetically from his father. 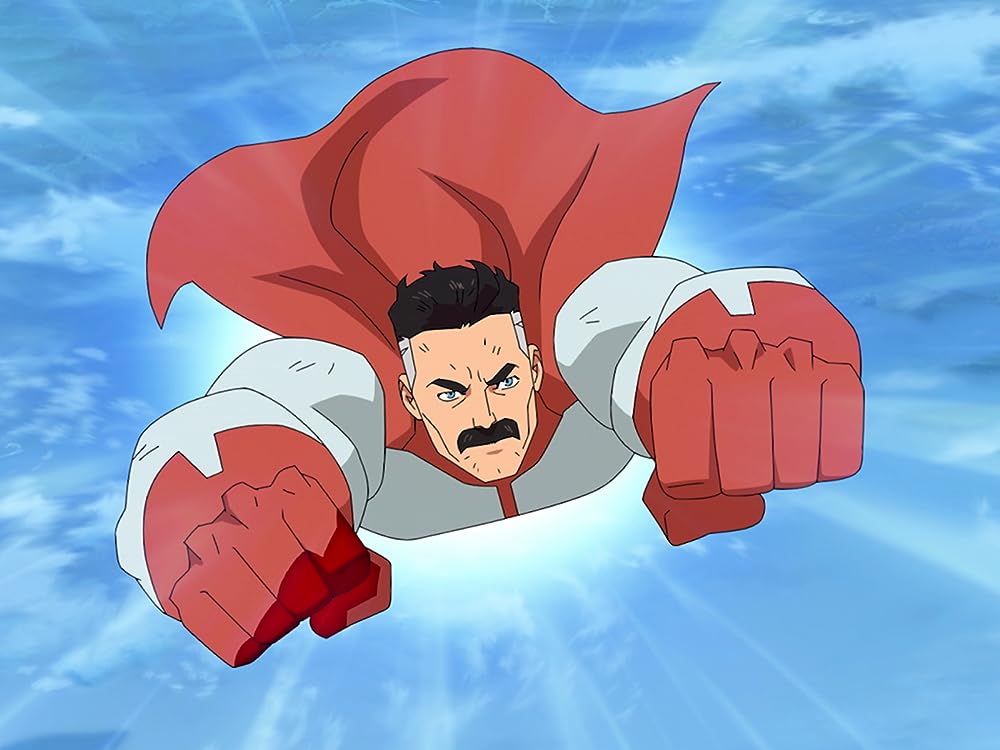 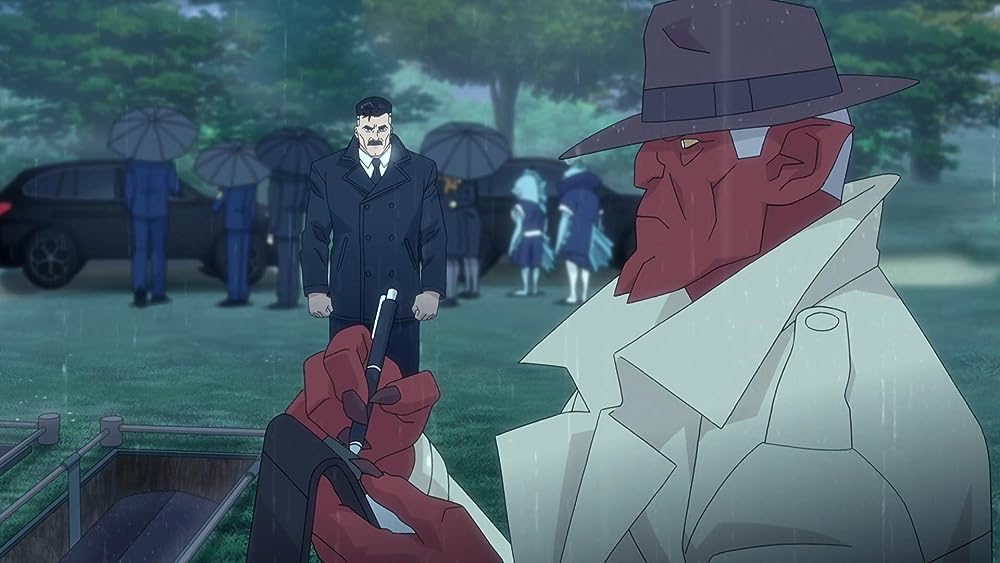 Throughout the remainder of the season, Mark must try to juggle, school, life, relationships and being a Superhero whilst trying to find his place in the world, includes joining the New Guardians of the Globe with members Atom Eve, Rex Splode, Dupli-Kate, Black Samson, Monster Girl, Robot and Shrinking Ray. 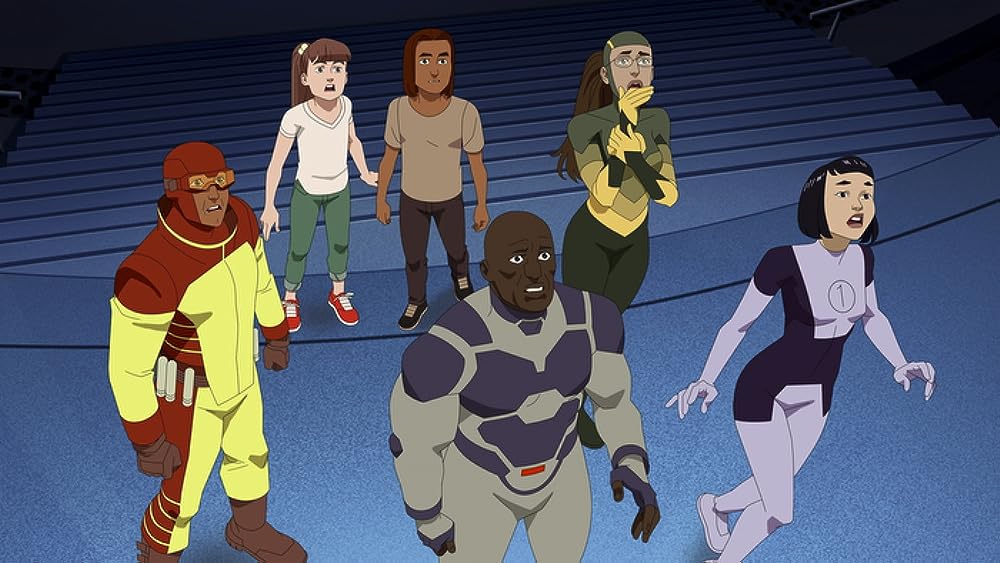 This is pretty much all I can say regarding the show without going into a major plot twist and spoiling the run of this season.  I can say that there are other characters that also make up the show, but the handling of the adult themes and the fighting is like nothing I've seen in cartoons before.  Whilst some might say the show reminds them of 'The Boys' another Amazon original, this show, although a cartoon and especially that it is a cartoon, carries just that bit more to make this show soo entertaining.  Complex characters, complex storylines, comedy, this show has it all.  The visuals are amazing, the writing is soo good as well as the music, but it is nothing short of stellar when it comes to the voice acting.  One of my favourite characters is a man called Machine Head and he talks with an autotuned sound, it's hilarious.  Rex Splode is also hilarious too, not to mention how the opening title is introduced! 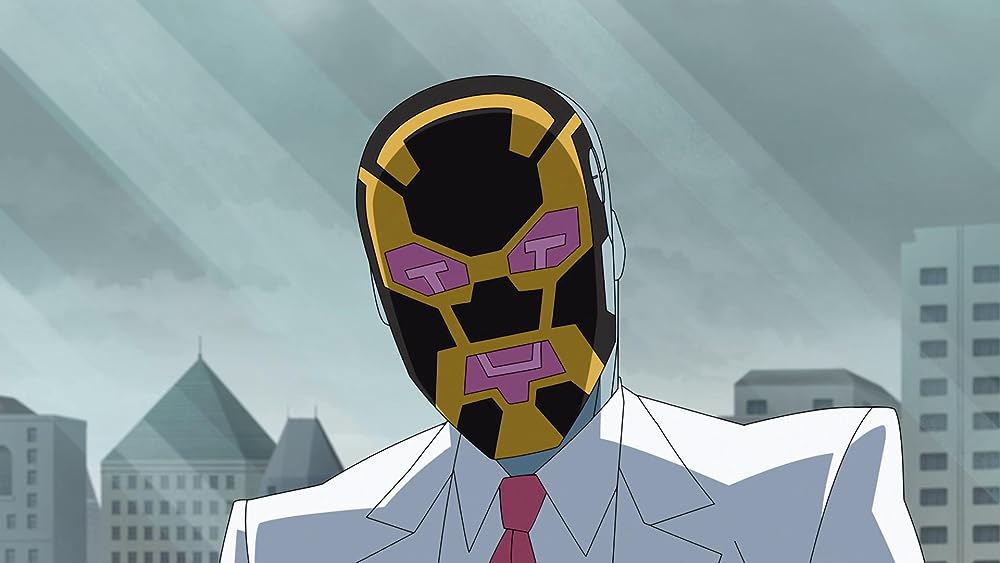 Don't be tricked by the colourful look of the show as the colours are very bright and in your face along with the action and gore.  They seem to find a lot of creative ways for dismemberment along with kills and when you think the end of the first episode isn't jaw dropping enough, there is soo much more to leave you shocked and not just for shock value.  The story is great so far and having been given the greenlight for more, I'd love to get much more and see how big and vast this universe will get, especially after the finale.  The show is called Invincible, more like Incredible.