I'm going to be clear here and I'm only speaking for myself (as usual), but I feel a lot of people were with me and are with me when I say this, "Nobody really cared for Vision and Wanda in the MCU!"  Granted these characters will have their respective fans or even like them as a couple, but for the most part, these two people were side characters.  So to say that they were going to do a TV series about these side characters within the MCU, my interest was peaked only slightly, but ultimately I didn't care.  So they advertise and/or mention the appearance of the character Darcy we may recognise from the first two Thor movies, I didn't care.  Then advertise and/or mention the appearance of Jimmy Woo from the movie Ant-Man and the Wasp, I didn't care.  Advertising and/or introducing the character Monica Rambeau (all grown up), a name we may recognise from the movie Captain Marvel, was the announcement that stuck with me and got me more interested.  1, because she is a black character from the comics and 2, I thought she was going to be introduced in Captain Marvel 2, so this was a shock to me, therefore had me intrigued, but other than that, I simply wasn't interested in the show WandaVision. 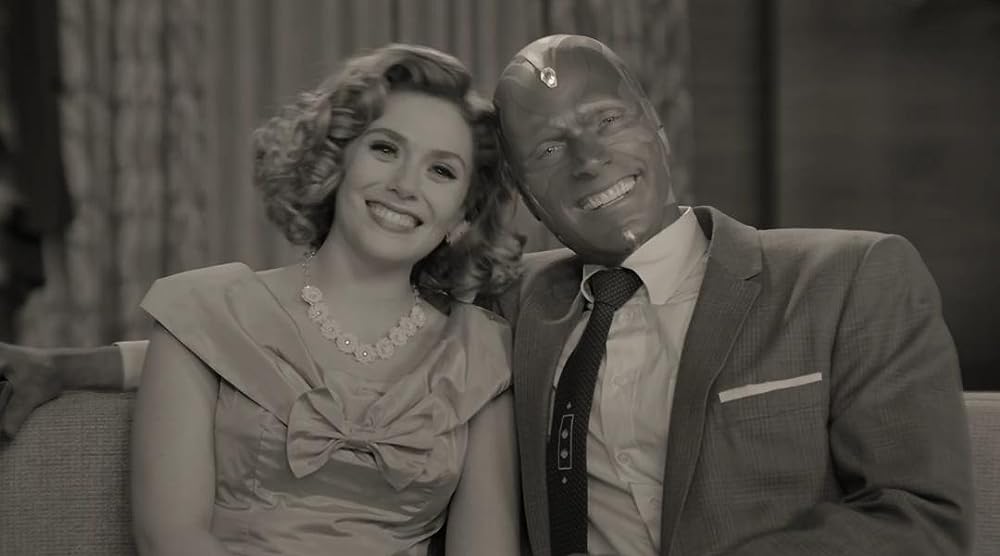 This is a 9 episode show and naturally, with a 3 act structure like any movie, however the events for this show take place after the events of Avengers: Endgame, so it was intriguing to know what would be happening going forward.  When the show starts off, Wanda and her partner The Vision, having just got married (implied by the intro) drive into an area to live in their new home together.  The setting is the 1950's.  As this is set up as a TV show from that era, the aesthetics are as if you were watching a TV show from the 1950's.  Wanda stays at home whilst Vision goes to work.  A neighbour by the name of Agnes comes along to help assist Wanda whenever she might need some help from time to time to the two.  However, where Vision's boss comes over for dinner later that evening, he starts pressuring Wanda for an answer to a question and then he starts choking.  When Vision chokes on a Bubblegum, he acts drunk and Wanda spends her time trying to mask all the hi-jinx with clever stage props not to give away their abilities to the people in the town. 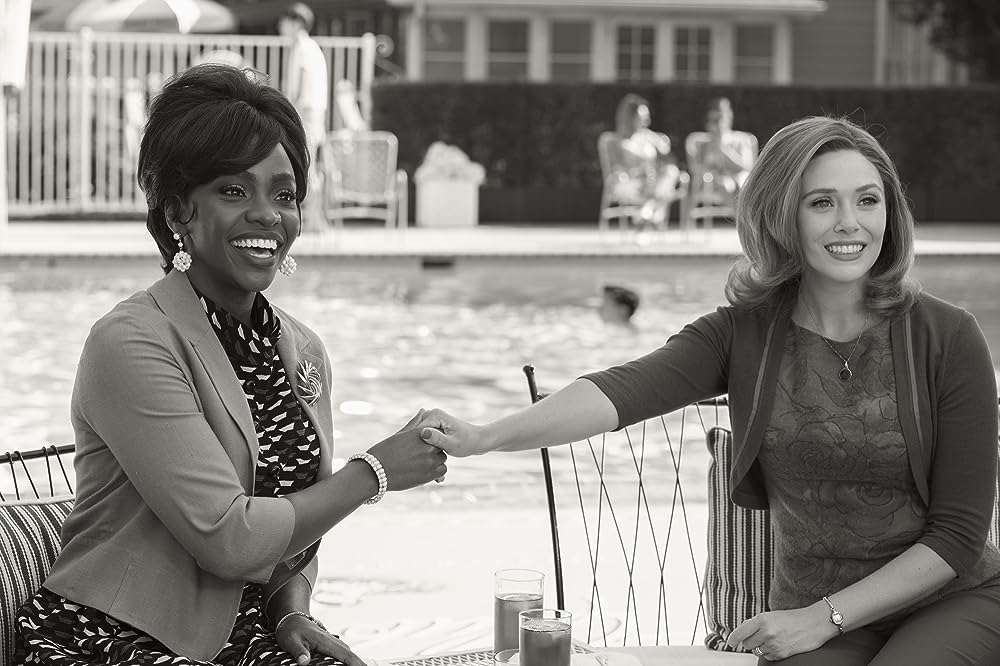 We are later introduced to a lady named Geraldine who becomes friends with Wanda and even delivers Wanda's children when Wanda becomes pregnant.  Whilst nothing seems to be right in the town and people start acting weird around and with Wanda, we find out that Geraldine is an intruder and Agnes doesn't like her so Geraldine is expelled from Wanda's life.  It is around this point, our viewing experience changes and we are introduced to a lady named Monica.  Monica has been away from work for a while and she is sent to the town of WestView to accompany Jimmy Woo who is looking for a missing person.  Discovering an invisible wall, Monica decides to force her way through the wall with the help of Darcy and her friend, but once Monica gets inside, everything changes.  Considered a threat, Director Haywood of SWORD plans on forcing his way through the wall and tries to solve the problem any way that he can, even if he needs to kill, Wanda. 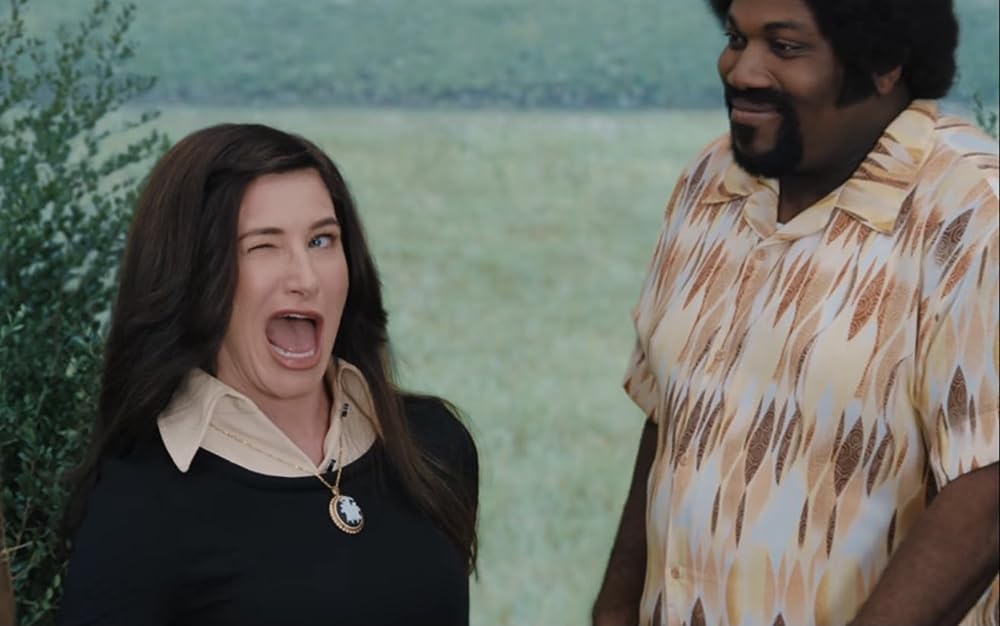 This is the first of many from the MCU and writing about these will be extremely difficult without giving aware some details but ultimately trying NOT to spoil the show for you as essentially, this is a long drawn out movie split into episodes brought to us on a weekly basis.  In conclusion, what this ends up doing, is giving the audience seven whole days to speculate about the characters, the story, the overall story or over-arching story and the future of the MCU.  It has already been told by Kevin Feige himself that, shows will tie into movies unlike before (so you can kiss your Marvel's Agents of SHIELD goodbye, in regards to canon, but the jury is still out for the Netflix shows).  Kevin has also said that this show is part of a story arc that starts in this show and leads into Spider-Man: No Way Home and Doctor Strange and the Multiverse of Madness, so not only is everything connected, but potentially setting up the universe going forward with the introduction of The Fantastic Four and Mutants. 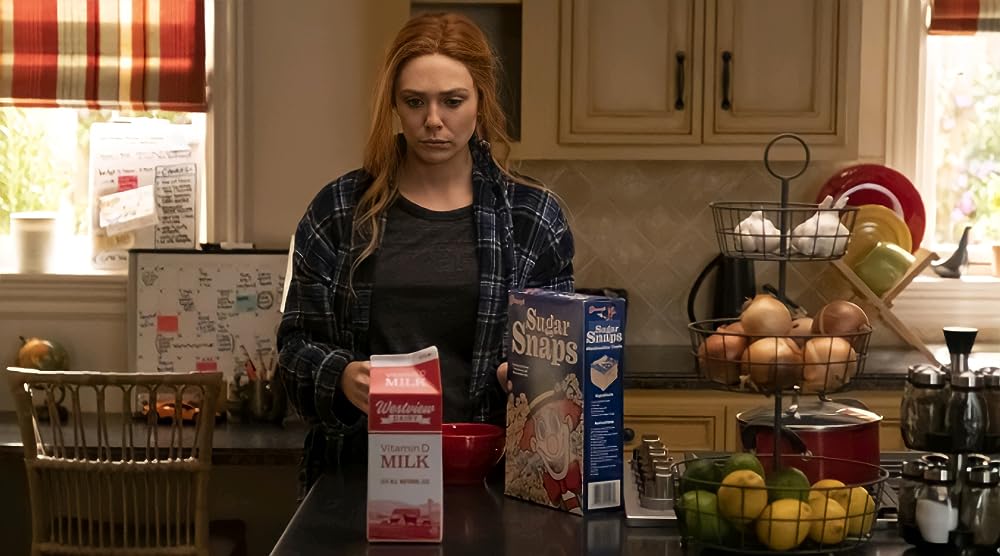 A lot of time, effort and brilliant storytelling has gone into WandaVision which has set the bar very high.  With things like the changing of the aspect ratio to help with story telling and the many decades of TV infused into one show as part of the narrative is phenomenal.  If you didn't like these characters before, you are given around 6 hours of character development and focused storytelling to help you understand these characters on a deeper lever and the current story and/or the overarching story overall.  Elizabeth Olsen is incredible as she is given a lot to work with, this is her story.  Paul Bettany is also great in this show because he is the reason (among other things) why we are here in the first place.  His character development and efforts here, compared to what has been done before in the MCU are more than doubled.  The introduction of Kathryn Hahn and Teyonah Parris were great additions to the MCU and hopefully we get to see them going forward as what they brought to the show was beyond soo good.  Excellently crafted visuals and writing, leaving fans to speculate and lose sleep with nothing but theories controlling their every move.  The music was great but more importantly, the direction and execution of this show, providing you are patient to stick with it, this show takes a lot of chances with visiting areas new and old and if I'm honest, if all shows continue like this in the MCU, other studios might have to try and meet Disney's bar and surpass it, if they dare.  Oh and there are post credits scenes.  I mean, they did train us for 10 years! An excellent watch.