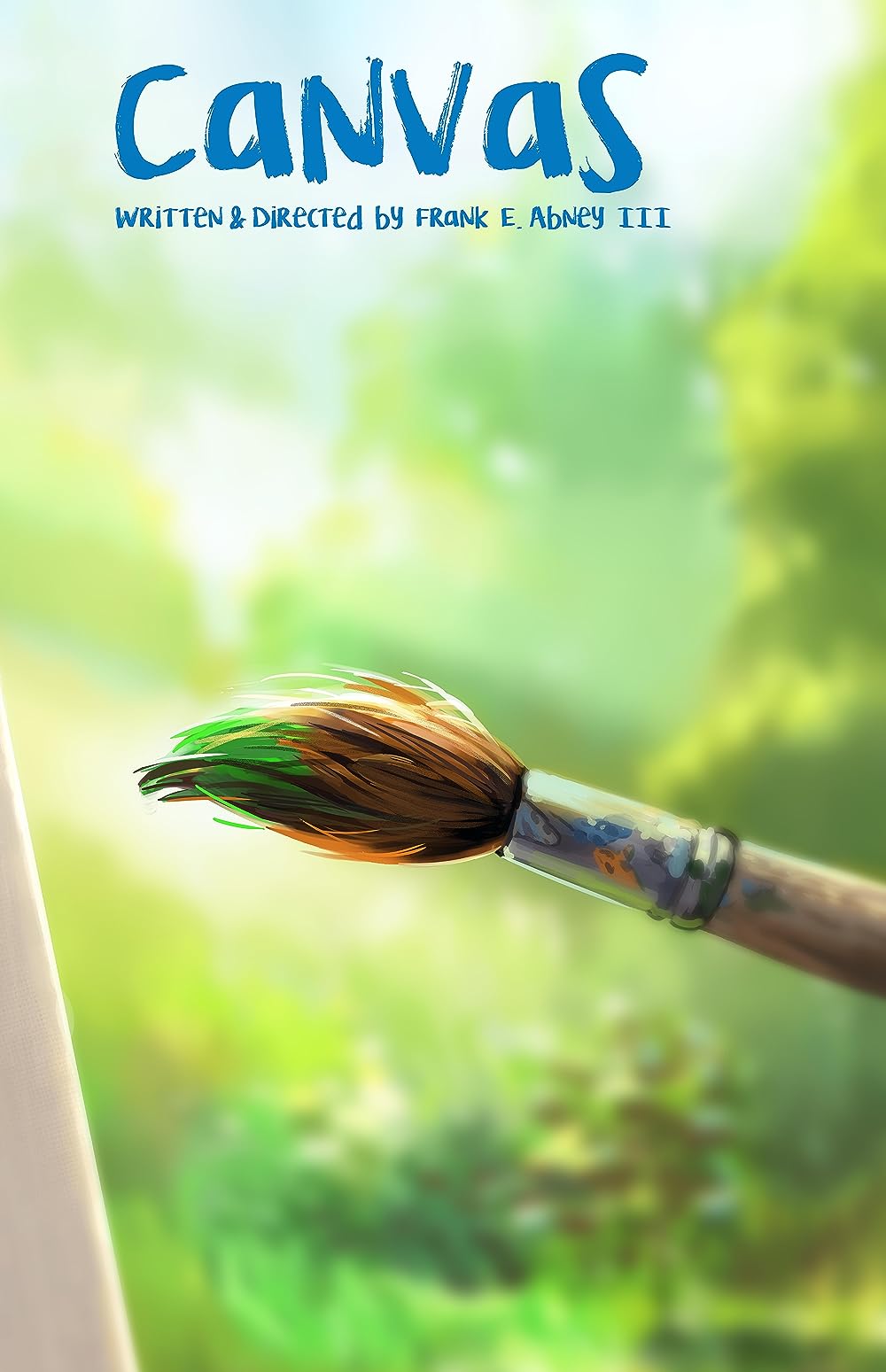 Around October of last year (2019), before the impending doom that was the Corona Virus hit the world, I decided to review new or current running streaming/TV shows as they come out.  Ones I'd obviously watch and enjoy or at least take an interest in.  Some shows came to a finalé and others were in their second/third season.  While this had to be some great foresight I never knew I had because ALL I'D BE WATCHING IN THE NEW YEAR IS STREAMING MOVIES AND SHOWS...lol. So I guess it worked out to my benefit.  Something to give an opinion on as Cinemas are closed.  But to review a short film, a film that is barely even 10 minutes is a bit of a stretch but I guess, why not.  The short film had something to say and so do I!

Canvas centres around an elderly man who is a still-life painter.  It would seem he has painted his whole life or at least, it is something that he loves doing, enough that his granddaughter comes to visit and also displays talents in drawing.  However, this elderly man has lost the passion for art for reasons I won't go into, but as this short story plays out, in just less than 10 minutes, we discover the the reasons why and if he is able to enjoy painting again.

This is a beautiful short film.  Silent with sound effects and no actual words.  The artistry of the drawings and how the animation is animated, the detail, amazing.  I'm thinking if Toy Story 4 was more detailed than this, but I am unsure.  This short film might be boring to some as there really isn't much to it, but the themes do hit and there is something to be said about the story or message behind this little short film.  Bound to evoke some kind of emotion.  Granted I don't think I could deal with a longer version of this, maybe more characters etc, but I do believe this short film did what it was aiming for.

Imagine, I tried not to spoil a just under 10 minute short film and I may have actually succeeded....maybe.
Enjoy!