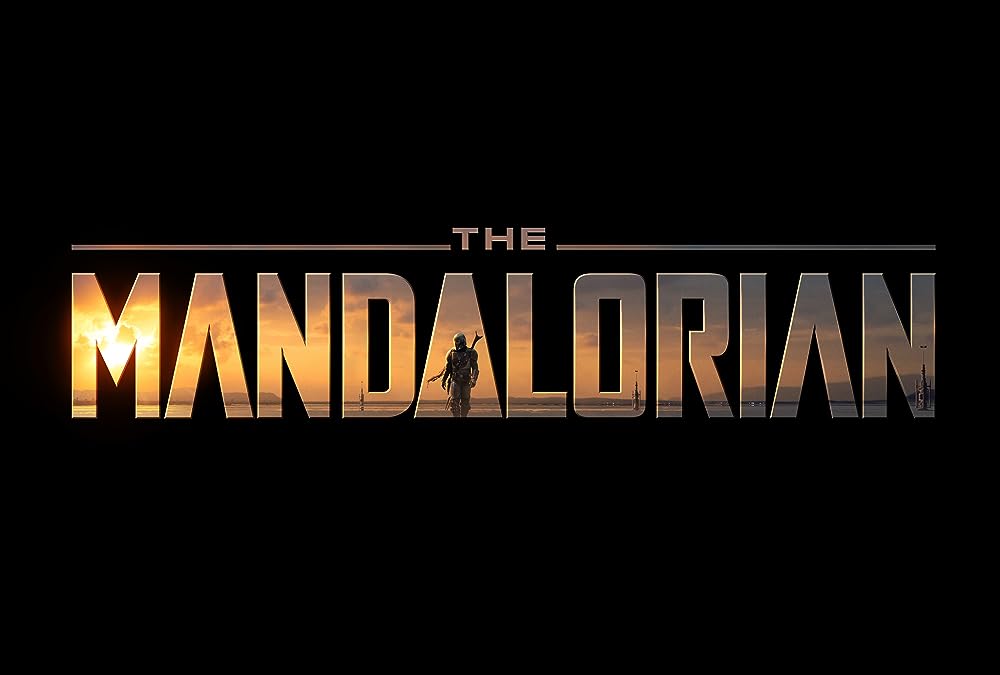 As I've stated in previous posts, I started reviewing series and streaming shows in October 2019.  Disney Plus launched in November 2019 WITH Star Wars: The Mandalorian their catalog of movies over decades.  I had to sit, stew and wait until March 2020 because I was born in the UK and that was when Europe was getting access to Disney Plus.  Although there are times I do sneakily watch shows that aren't shown on UK screens, I do not review them because it wouldn't be fair to the reader if they do not have access to the content.  It would be different if they are in another country and it isn't available, but to be within the same country, as an example, would be upsetting.  With that said, this is the first time I will be reviewing The Manadalorian both Season 1 and Season 2 trying my very best not to spoil anything.

The Mandalorian Season 1 brings us a man in a Mandalorian suit of armour similar to Boba Fett from the Original Trilogy, son of Jango Fett from the Prequel Trilogy.  This Mandalorian is also a bounty hunter like Boba Fett, with his own ship, own rules he abides by and as the season goes on, you find out more about him.  Essentially, like most bounty hunters, he is a loner.  He is assigned a mission where he is to collect a package and deliver the package to someone (Kind of like the film The Transporter), I guess, still a bounty.  Upon retrieving this package and bringing the package to, what seems like, the remnants of The Empire, to whom were thought to have been destroyed in the 'Return of the Jedi' (OT) by The Rebel Alliance and Luke Skywalker, The Manadalorian decides to keep the package, try to find out more about the package and take the package elsewhere where he feels the package will be in "safer" hands.

This doesn't prove to be an easy task for The Mandalorian as not only does he meet up with various people, friends, allies who he may need to assist to progress forward in his findings, he also comes across various villains along the way, like an Assassin Droid and the remnants of The Empire.  Things also prove to become more difficult for him due to the choices he continues to make due to the package he is carrying and the stakes involved.  Will The Mandalorian go against his beliefs, his creed, his way of life, because of this package and continue to risk his life time and time again? 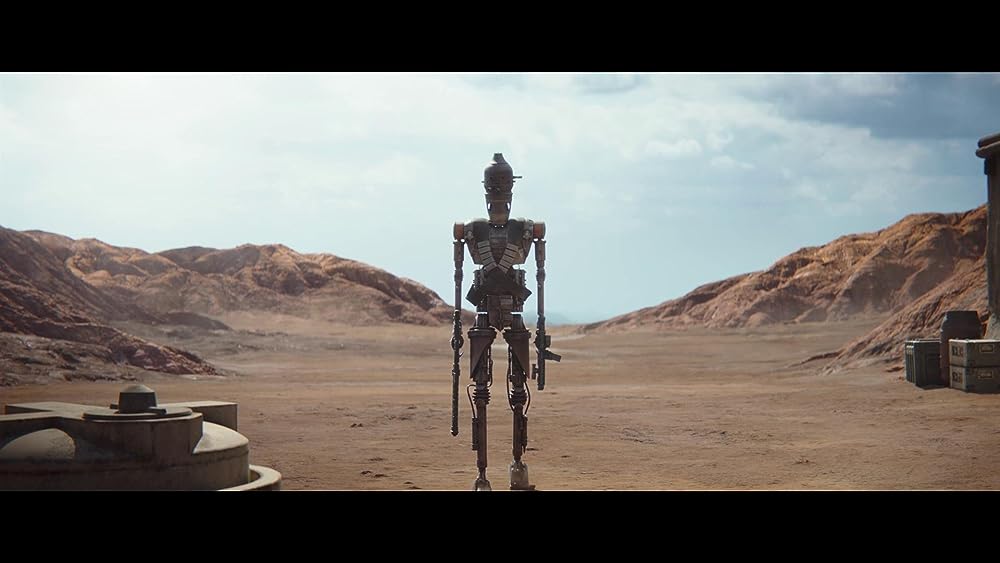 By the end of the first season, there is a stand off between The Mandalorian and the big bad and although The Mandalorian escapes defeating the big bad, the quest continues into season 2 trying to bring the package to where it belongs.  Season one introduces us to the package as well as this Bounty Hunter.  We learn more about his background, why he does what he does and his support group if needed.  The Mandalorian has a past and he does owe his life to a group of people.  This is Star Wars at it's finest.  From the music to the action, everything is great.  Seeing the X-Wings were great. Seeing the Tie-Fighters were great. The fighting and hand to hand combat, is great.  This show pretty much did nothing wrong for the first season.  It was a return to form or better yet, bringing us Star Wars fans what we were missing.

The Mandalorian Season 2 brings us back with our two favourite things, The Mandalorian and the package.  If you are reading and you know what the package is, I know at this point I should say, but to those who are completely in the dark or may not realise the connection, is why I'm still being cagey about details in case of spoilers.  Anyway, Some time has past and The Mandalorian is looking for other Mandalorians that might be able to assist him on his journey.  But due to the value of The Mandalorian's Armour, all types of scum and villainy are seeking either his armour or the package making him hot property in the galaxy and with a bounty on his head.  But as the episodes go on, The Mandalorian must either help or receive help to get to his destination and deliver his package safely, albeit, with plenty of complications along the way. 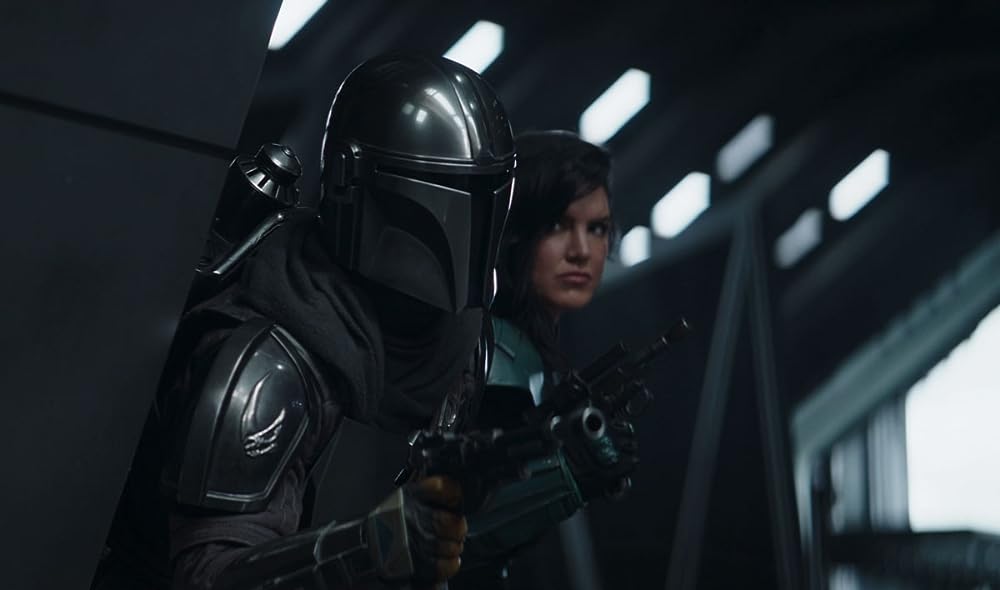 I read somewhere online during the viewing of the second season, that Jon Favreau had been rushed into hospital with damage to his spin and back.......from carrying the entire Star Wars franchise on his back. Whilst I thought this was very funny, a special shout out goes to Dave Filoni, the man behind The Clone Wars animation, Rebels and this show and this show is just amazing.  Not only does Dave Direct two episodes, one in the first season and one in the second season, the latter being the better of the two, Dave also does some brief acting as a Rebel pilot (minor spoiler) and although not much to say, handled himself well.

While some episodes might be deemed a filler episode, we are definitely not short of action or character building.  Some, including myself saw The Mandalorian as episodes of 'fetch-quests' like a computer game, but i really had no problem with that at all.  We are shown a lone gunman who seems untouchable, but he struggles from time to time and that is good.  I cannot stress enough that each season seems to get better and better and both season finalés will have you falling off your chair, it is THAT good.

This is a TV show and not a movie.  Set between Return of the Jedi and The Force Awakens, there is soo much time where nothing has been documented with the Galaxy, far far away and The Mandalorian fits like a glove in this time slot.  I've tried not to spoil anything for those interested.  The Music, the Acting, the special effects and stunt work, everything is just how Star Wars should be.  Not too over the top and not boring.  Not to say that the Sequel Trilogy aka the Disney Trilogy was bad, but it could have been soo much better and it seems Dave Filoni is here again to pick up the pieces.  If you are into Star Wars, you will definitely enjoy, especially how they manage to weave, the OT, PT and ST into 8 episodes for a single season.  I mean, with all the many many eater eggs and such, this show will have you thinking about the Star Wars universe and who is alive, who is dead, who may come back and in some cases, we do see some returning characters from EVERYTHING (including the cartoons), of what came before it in the timeline.

On last thing.  This journey for The Mandalorian and the episode titles, all have multiple meanings and as the story unravels, so does the character.  Filoni and Favreau are painting a picture, something much bigger than just one bounty hunter, something that covers decades of infighting between a set of people, something that can explain or give context to the future.  Earlier I mentioned the ST (DT) and although many have their views on The Last Jedi and Rise of Skywalker, I think going into season 3 will help give more context to these movies and why some characters are the way they are.  A little like how the Clone Wars animated series helped show us Anakin Skywalkers turn to the Darkside.  If you are a fan, you WILL like this. *my attempt to Jedi mid trick*