So where do I start? Well, I was going to say that someone put me onto this show, so that was the reason why I watched it, but that would be telling a half truth.  What had actually happened was, I kept seeing Jason Bateman's face on Netflix.  It was obviously a new show they were promoting so you saw it at the top.  I tried to watch it once or twice but I was either not in the mood or it just wasn't grabbing me from the first 10 or so minutes.  The show is quiet, it's slow, it's dull and dreary looking like English weather, it just seemed like it wasn't going to be interesting although I was somewhat interested and I do like Jason Bateman.  A friend of mine THEN asked me if I had been watching and that they have and it is really good.  Because I obviously didn't give this show a chance or much time for me to get into it, I thought I would now, since I got a recommendation, but because I was remotely interested anyway and had already tried and actually wanted to watch at some point, I got into the show.
By the end of the season, my jaw had dropped, I was probably holding my face like the "Home Alone" kid on the poster for the movie and all I kept thinking about was, "What happens now? What happens next? How does this resolve?" A series of questions I. HAD. TO. KNOW. THE. ANSWERS. TO. 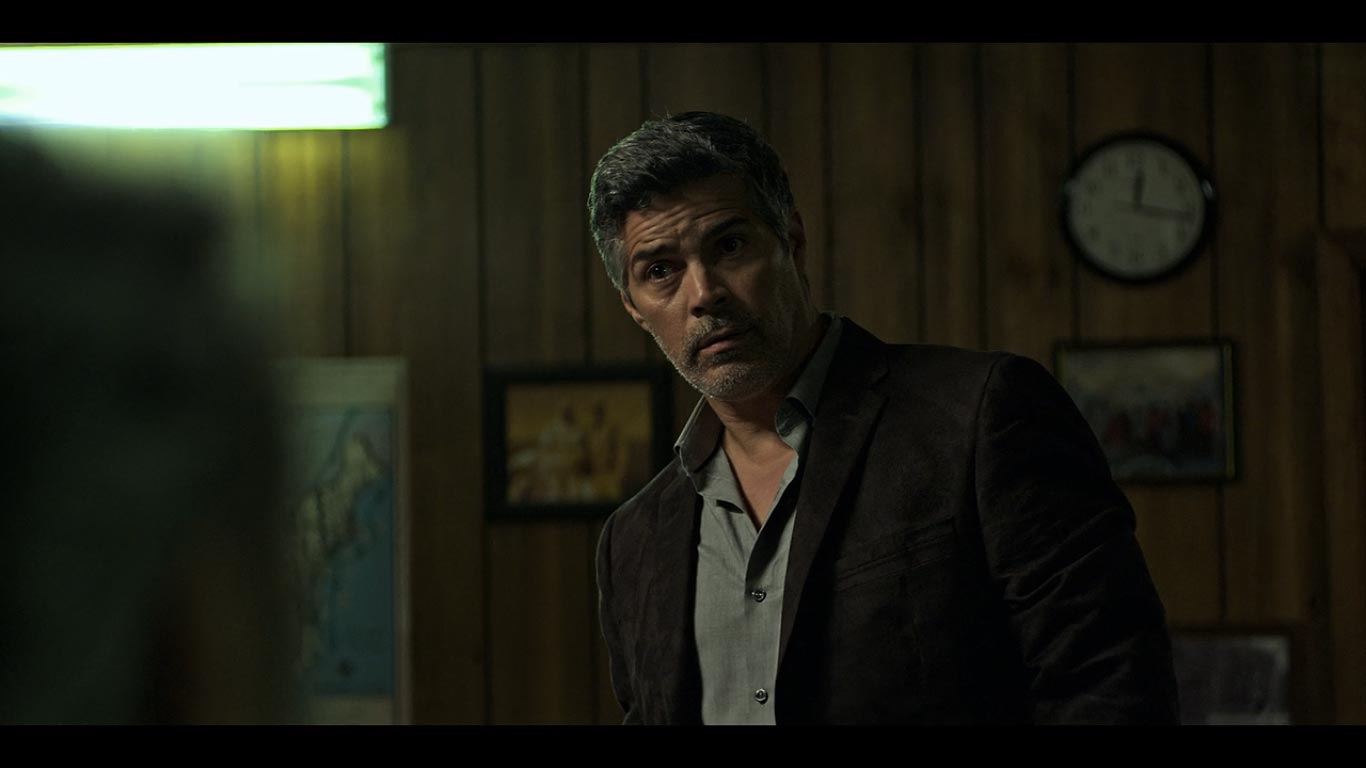 So, in short for those who haven't watched any Ozark whatsoever, here is a brief synopsis trying my best not to spoil anything.
Marty (Jason Bateman) is a family man living a normal life.  His relationship with his wife, Wendy (Laura Linney) is a little strained but when Marty falls into the hands of a Colombian Drug Cartel, his life gets turned upside-down in which Marty must clear his bank accounts and move his entire family to The Ozarks, for a new life and to also take refuge from the Cartel and the FBI. 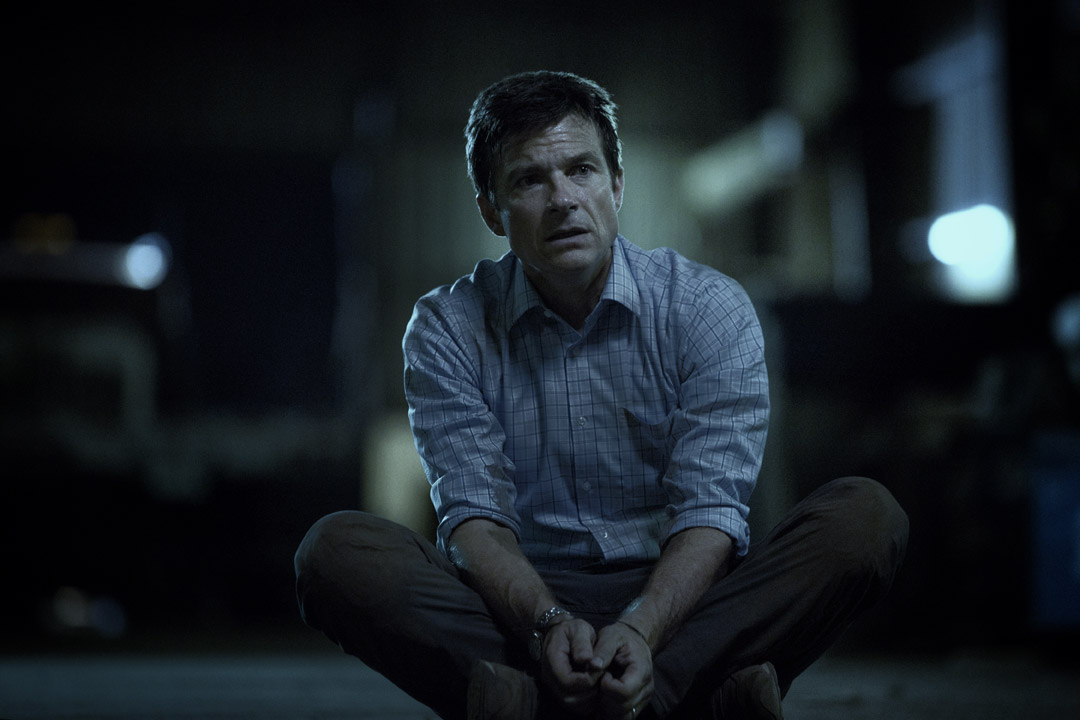 Season 2, Marty and his family live in the Ozarks and are trying to make their life a bit more comfortable there, but the people of The Ozarks are not that willing to let an outsider impose on their way of living.  Marty and family are hit with deadends, road blocks and for the most part, hostile locals. What makes it even worst, the FBI as well as the Cartel are not letting up. 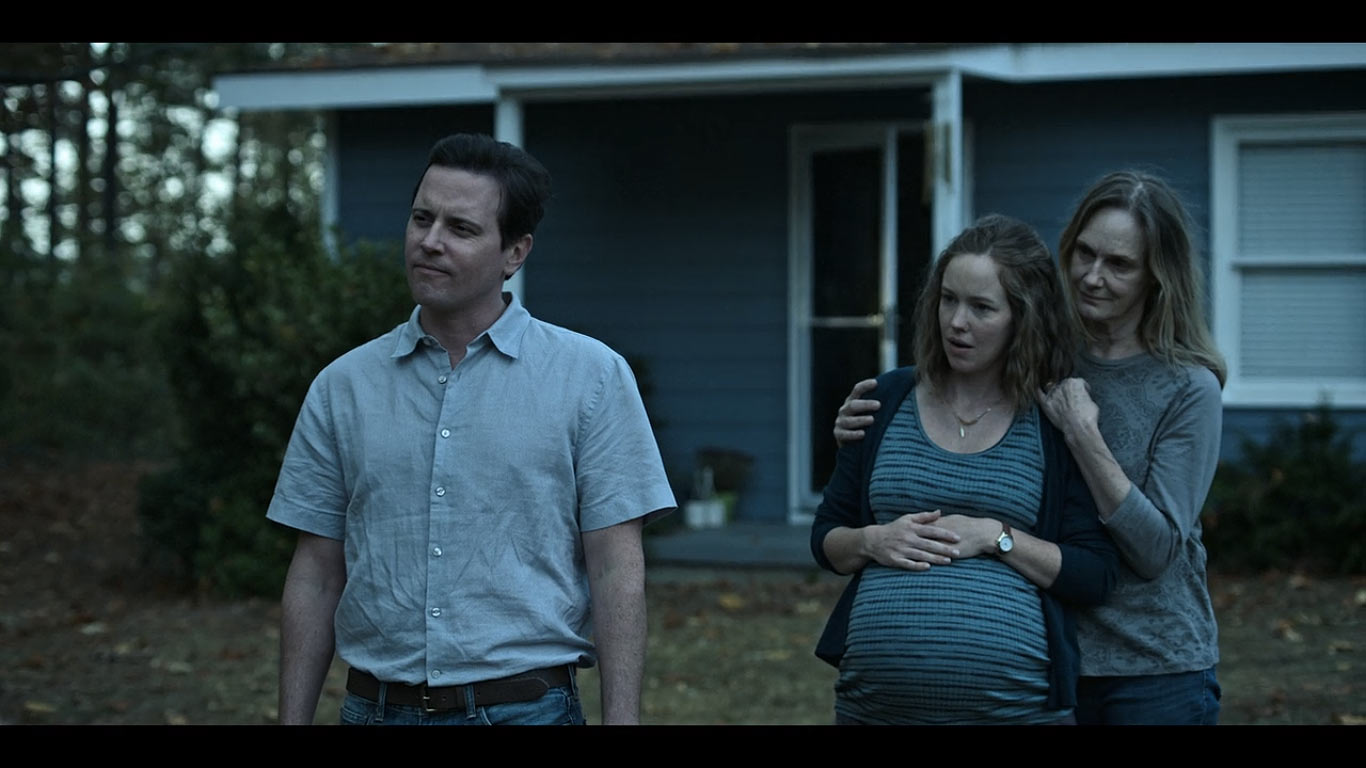 Season 3, Marty and his family are about to open a Casino but the FBI are now literally on their doorstep watching their every move.  Whilst Marty wants to keep the family safe and keep a lower profile to prevent inviting more trouble to their door, Wendy wants to branch out even further regardless of any trouble they seem to be getting themselves into.  On top of that, Wendy's brother comes to town and things get a lot more complicated with all that is going on, not to mention the Cartel war currently going on. 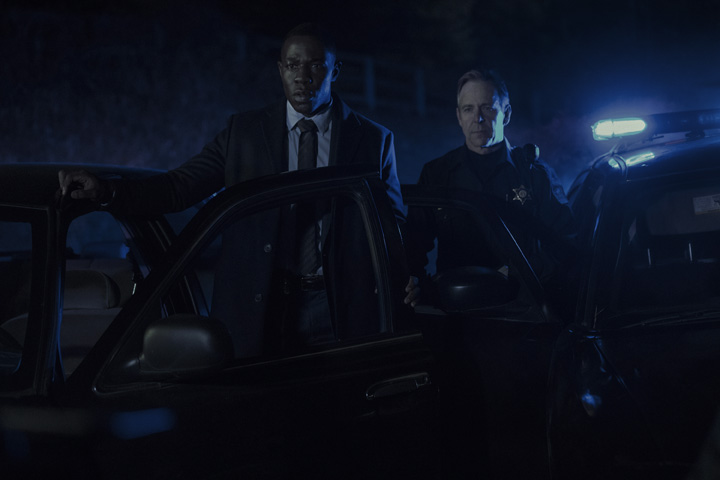 This show gets better and better each season.  The writing is superb.  The directing (with some done by Jason Bateman himself) are great.  The show is slow but it is always at a steady pace and doesn't ever feel like it is stilted or an episode is simply filler.  You go through the motions with these characters and for me, it was a 'Pick A Side' situation for me.  Do you side with Marty or Wendy this season.  Even the smaller storylines with the children and Helen's (Janet McTeer) daughter (Madison Thompson).
Jonah (Skylar Gartner) is still doing young teen "weirdo" things, but he is coming into his own in this season and I love the relationship he had with his uncle Ben (Tom Pelphrey).  It's like everything makes sense and clicks into place. 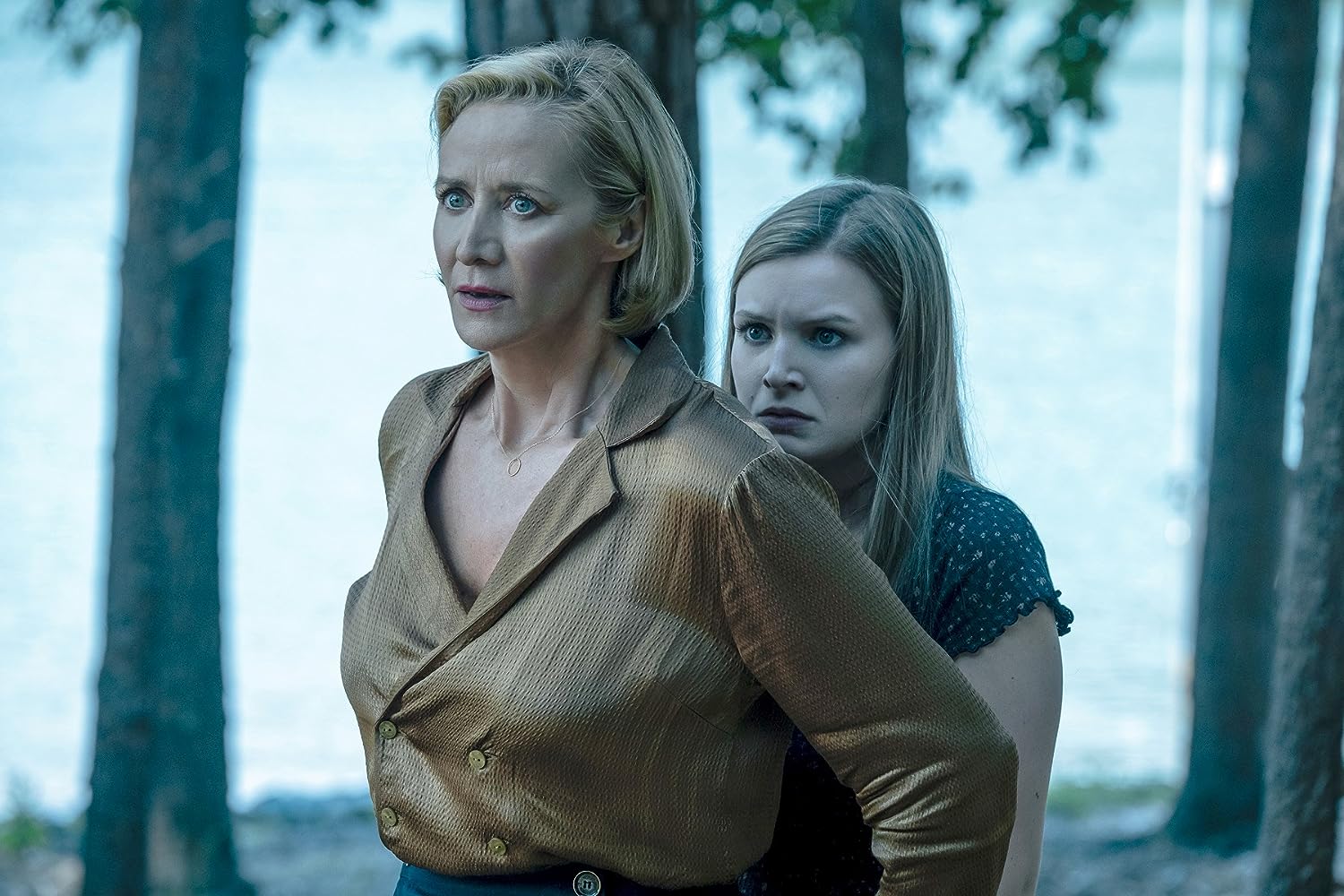 The show knows how to create awkwardness and tension very well and what I like most about it, although this could be seen as fiction for the most part, the show is very down-to-earth and explores more comical dialogue and situations than before.  I couldn't tell you how much times I was laughing hysterically at situations because it was seriously, too funny which offers levity in a show which is a very serious drama with consequences. The acting across the board is phenomenal.  Jason goes without saying as his characters simply doesn't have much layers to him since the events of season 1 episode 1, but he is very smart but lacks empathy where Laura is the polar opposite but her character has many layers and although I was not on her side through the earlier part of the season, I started to gravitate towards her at some point.  The introduction of a few other characters such as Tom and Marylouise as Wendy's brother Ben and Marty and Wendy's therapist respectively, were both great, but the stand out actor for me is Julia Garner as Ruth. I simply love her character to no end.  It would be interesting to see where we go in season 4. 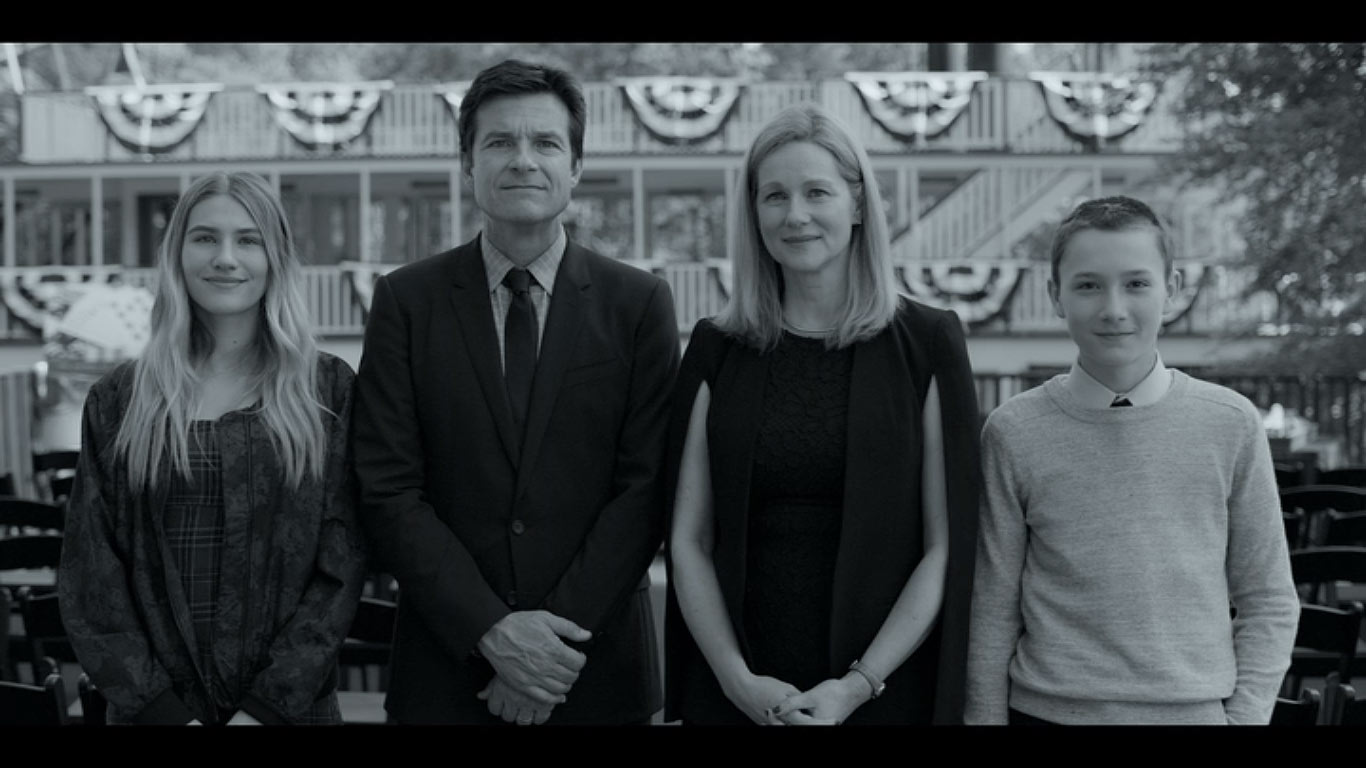 If you have ever watched Breaking Bad, Ozark is like that but with a steadier pace and with more tension.  Wendy is a better wife than Skyler was in Breaking Bad and Marty, although not a Walter White, is still a great character.  The bottom line is, if you like Breaking Bad, I cannot see why you wouldn't enjoy this show.  Also, I simply feel that this show is simply one of, if not, the best show currently out.  10 episodes per season where a binge watch satisfies you but also leaves you with heartache awaiting more.  Snow we have to wait a possible 2 years...#sigh