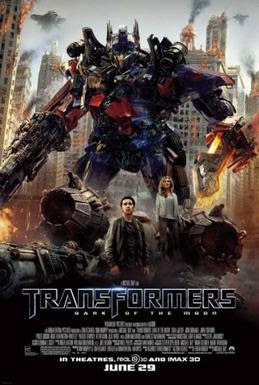 I'm actually still amped after watching the final instalment of The Transformers films. I am soo amped that, I woke up the following morning making the sound from the cartoon series when it used to go from one scene to another. Der da derr da deeeerrr di. I think the only thing that keeps Transformers alive is, well, ummm, the die hard fans of the cartoons, the wanting to know who will be in the films, who would change into what and how much of a badass Megatron will be this time around. I'll explain.

The acting is wooden. Or not to be THAT harsh, the "main lady's" acting is wooden. Always!!! The storyline isn't always terrible (as I've come across some TERRIBLE Storylines) but they are passable. However and probably from being a fan, so this might be a slightly bias review, but seeing transformers change from vehicle to robot and vice-versa is soo incredibly sexy! So with that said, add some great special effects, something sinister in the plot (no matter how predictable) and a little comedy and Transformers just doesn't fail to leave you thinking, "I liked that". You kind of put aside the weak acting from the "leading girl" and the storyline because the brilliant fighting scenes and the jokes in between captivate you more.

In this third and final instalment, Sam Witwicky (Shia LaBeouf) is looking for work and having a really tough time, in turn, taking it out on his girlfriend, Carly Spencer (Rosie Huntington-Whiteley). Not only is his parents doubting his credibility and ability to keep a gorgeous woman and to also get a job, he is really trying to fit in, be a normal person and just, matter. Have a normal life, despite saving humanity from extinction by the evil Decepticons, twice.

Things start going mental when Sam gets stalked and harassed by a crazy employee, attacked by a Decepticon, Lazerbeak and then learns of the Decepticons plan to retrieve an ancient artifact located somewhere on the dark side of the moon since the 1960's.

Optimus Prime (Peter Cullen) and his gang, Ironhide, Bumblebee, Ratchet, Sideswipe and a few others do whatever they can to stop the bad guys from winning the war that once was on Cybertron, now on earth.

The film is a little longer than normal and at times, felt that the film was actually much longer, but chunks of scenes made shorter or cut right out of the final product. There is a scene on the motoway/highway/freeway which involve Sam and Bumblebee that was amazing to watch. Also a lot of slow-motion bits to emphasize great detail in the characters and the action. There are plenty of great fighting scenes as well, which accompanied with the comedic remarks, comments and gestures, makes this a must see.

In 3D, hmmm....a little necessary, but whatever, you will like the film.